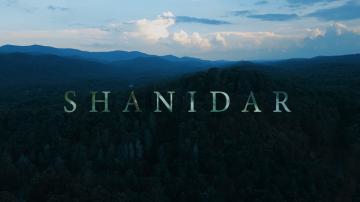 If the end were near, where would you go? And with whom would you choose to spend your final days?

Those are just some of the questions addressed in “SHANIDAR,” a new film written by Chandler Hubbard.

Hubbard describes his work as “quiet, apocalyptic horror, a black comedy, and psychological thriller,” all rolled into one. At its core, though, the project is an “unconventional, Central Virginia-made, horror film,” where the characters’ “moral compass and mortal needs are put to the test.”

Ironically, the project has needs and survived a few challenges of its own. Not only has the story received recognition -- such as a coveted "semi-finalist" designation at the Los Angeles International Screenplay Awards -- but the team’s crowdfunding campaign has already surpassed its original goal.

But in order to make the film the best that it can possibly be, the creators are still looking to amass some additional cash. And in exchange for a contribution, you can still score some stickers, masks, posters, a cameo, get a homemade pie, and listing in the end credits.

Interestingly, Shanidar also happens to be the name of a cave in Iraq where Neanderthal skeletons, dating back some 45,000 years, were discovered. Is this where (and how) it will all end?