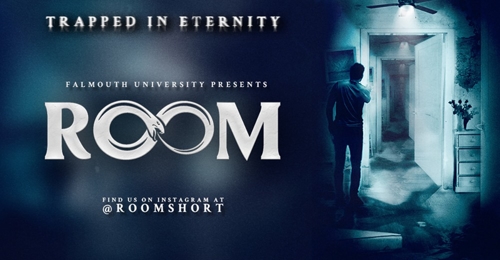 According to experts, dreams of being trapped, with no means of escape, are common to those who suffer from “claustrophobia.” But those visions and feelings are also shared by countless more -- particularly when we’re unable to break away from a bad situation, like mounting financial pressures, a dysfunctional relationship, or even a dead-end job.

The whole COVID-19 craziness has added an additional wrinkle to the mix.

By forcing people to shelter-in-place, and by limiting our interactions with others (particularly those outside of their immediate social circles or “bubble”), medical professionals are noting higher levels of depression and anxiety -- with the sudden disruption of our daily lives and routines proving to be destabilizing and traumatizing.

These shared feelings of entrapment attracted me to a new film written and directed by Jacob Bellmore, called “ROOM” – a psychological thriller about a man who is unable to leave his bedroom. According to the creative team, “the film is a metaphor for self-destructive habits, eternity and the karmic cycle. And, under this current global lockdown, the heightened feelings of isolation, confinement and paranoia experienced by the main character will hopefully resonate with audiences.”

What would certainly resonate with the production team would be a contribution to their endeavor. And as an enticement, they’re offering a selection of perks -- including posters, production stills, behind-the-scenes videos, and film credits.