Did you know that an “open-faced sandwich” isn’t a sandwich at all?

Apparently, some people over at the United States Department of Agriculture define a “sandwich” as “meat or poultry” (or other filling), placed “between two slices of bread, a bun, or a biscuit.” If not thus “enclosed,” the definition is not met.

And, I bet you also didn’t know that some culinary historians claim this particular kind of preparation dates back to the Middle Ages, when slabs of stale bread were used as plates.

That historical context would explain the next fail we experienced at Miami’s “Roasters ‘N Toasters,” over at 9465 S Dixie Highway (Pinecrest), when a friend wanted to try one of their “Open-Faced Sandwiches.”

Even though she had a choice of “BBQ Oven Roasted Brisket” and “Country Brisket topped with a Dark Beef Gravy,” she mistakenly decided to go with the “Roasted Turkey topped with Turkey Gravy” — “Served on Rye Bread with Homemade Mashed Potatoes” ($16.95).

Of course, the turkey was dry, and appeared to have been of the cheap, processed kind. The gravy had a fatty, gel-like consistency that was not only repulsive to the eye, but displeasing to the palate, particularly due to the excess salinity. The rye bread, on which it all rested, was rock hard and difficult to cut. (Were we actually eating the plate? We weren’t sure.)

Even the accompanying veggies were totally lackluster and evinced a “previous frozen” texture and quality.

While the accompanying potatoes were the only component that didn’t offend, they just weren’t enough to save this despicable dish from a fate of “F.”

Avoid this turkey of a “sandwich!” 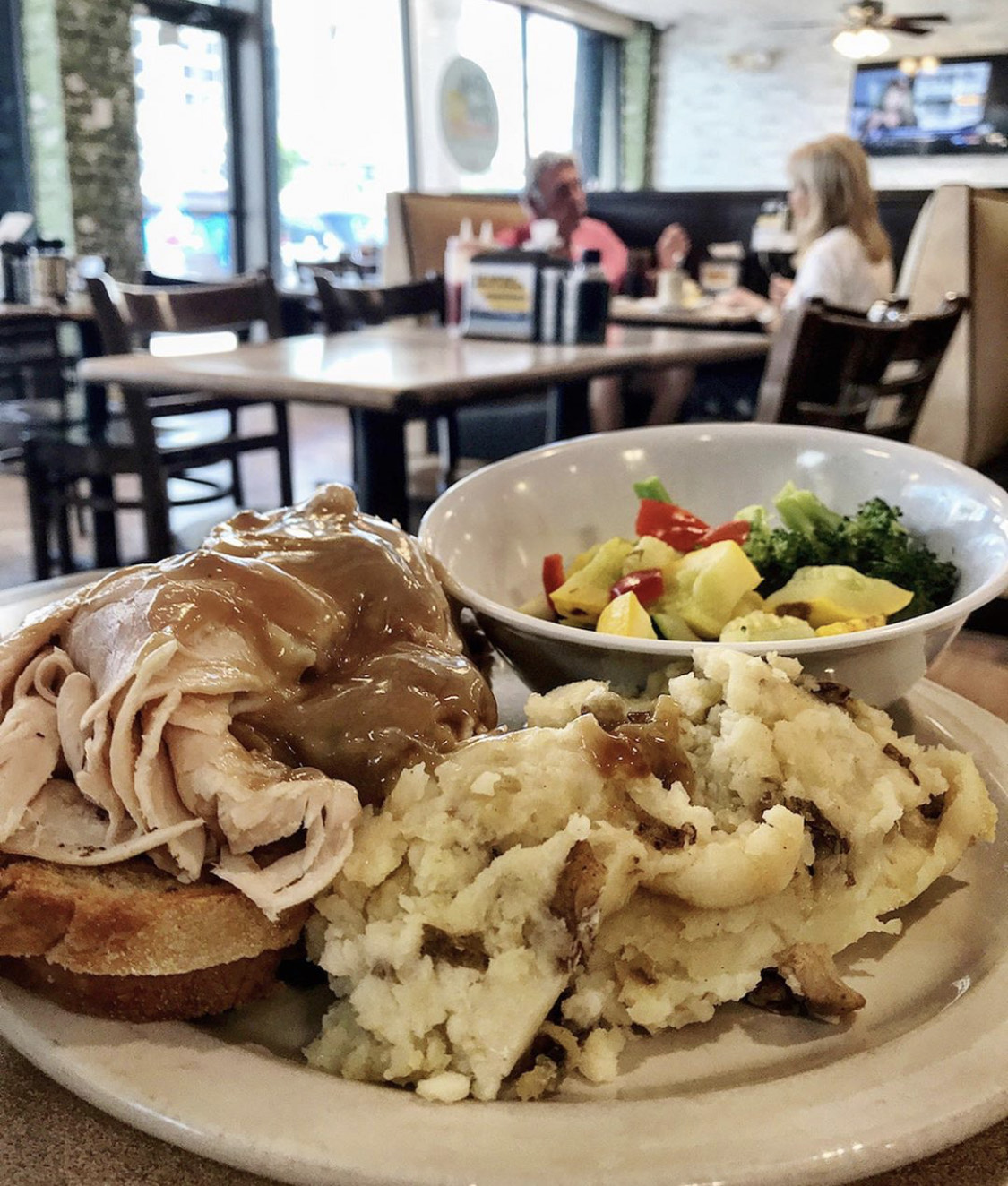