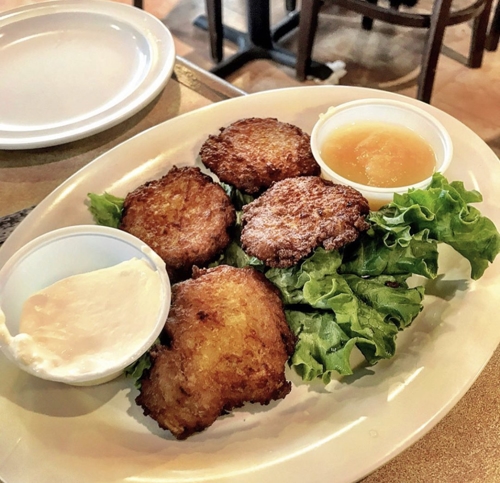 Once considered “peasant food,” some historians believe that potato pancakes originated in Eastern European countries (such as, Austria, Germany, Poland, Russia), where that vegetable was plentiful.

And while recipes vary, this dish is typically fried and is made with potatoes, onions, eggs, matzo meal or flour, salt and oil. (Celebrity chef Ann Burrell, for example, likes to add white wine vinegar and garlic.) And you’ll often find toppings like applesauce and/or sour cream served as accompaniments. 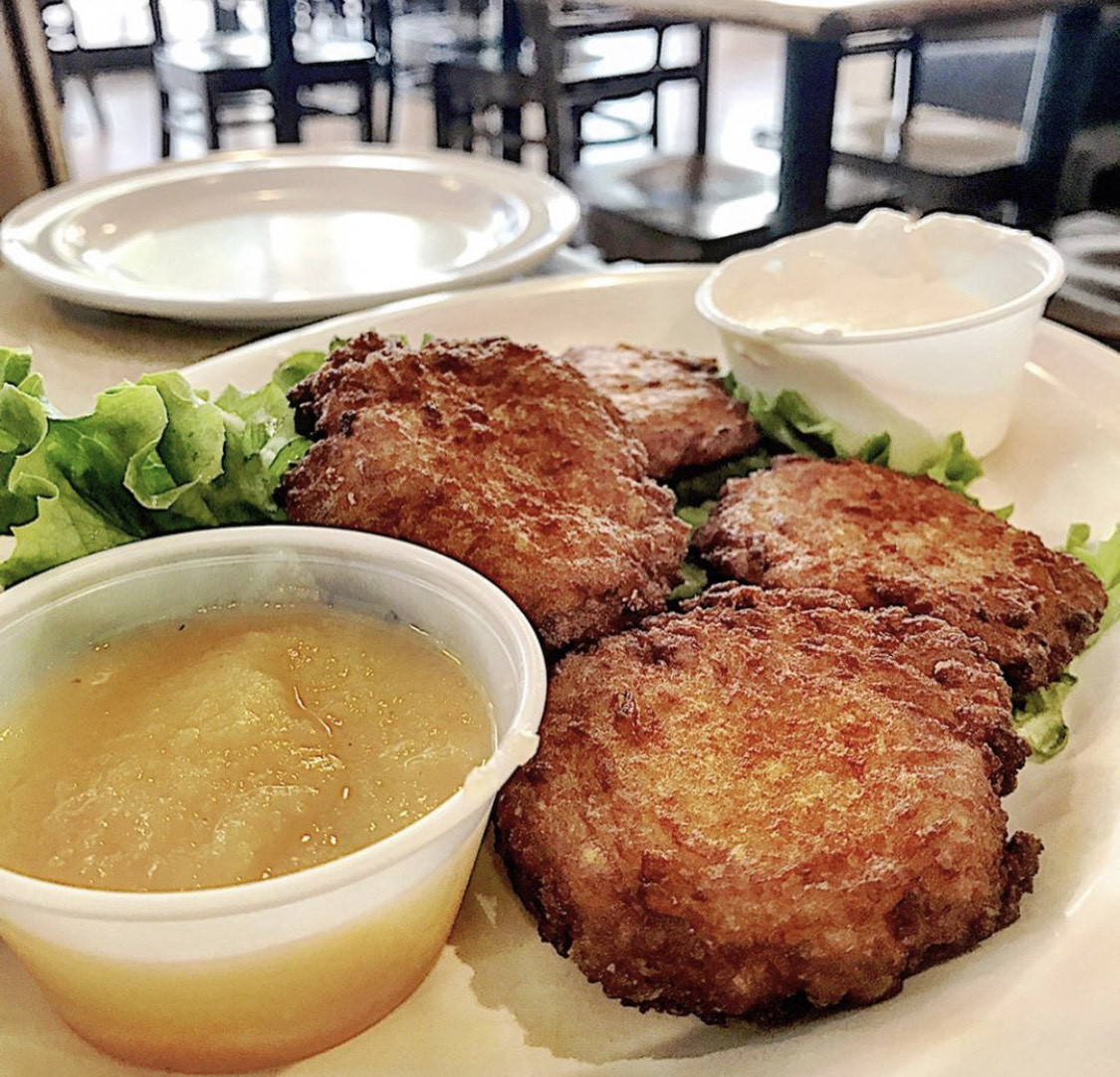 After the horrific “Corned Beef” (reviewed yesterday), and the flavorless “Chicken Soup” (reviewed Saturday), I wasn’t sure why my companions wanted to try the “Mini Potato Pancakes” — $4.95 (4 pieces). But order it they did.

Rather than come out warm, crisp and a light golden brown, these arrived cold, overcooked, and greasy. (They were soggy, a bit chewy, and extremely unenjoyable.)

They were so bad that even starving peasants would have summarily rejected them. (As did we. We left them on our table, unfinished.)

Because they were better suited for use as doorstops — rather than for human consumption — we rated this dish a scornful “F.” 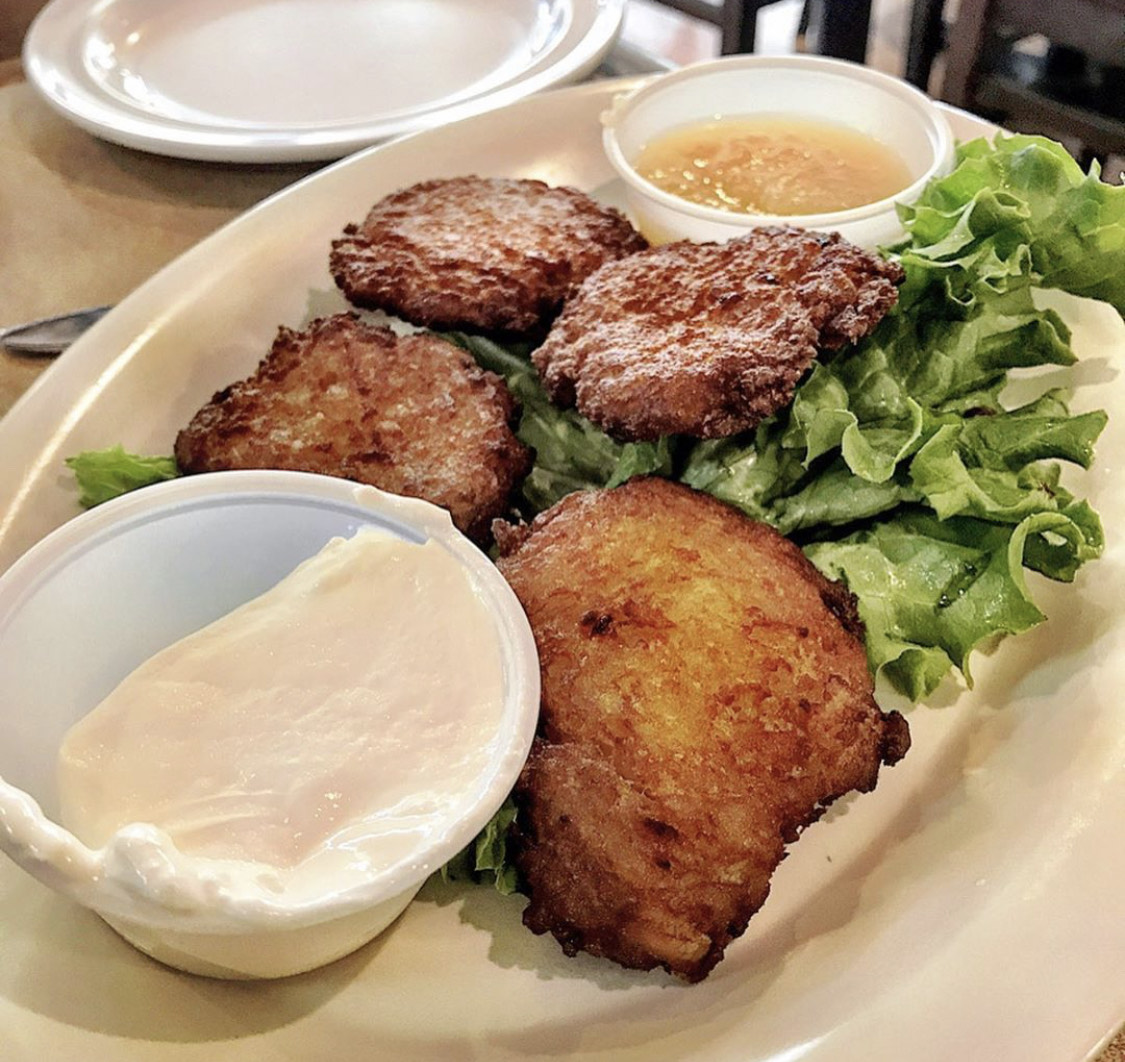