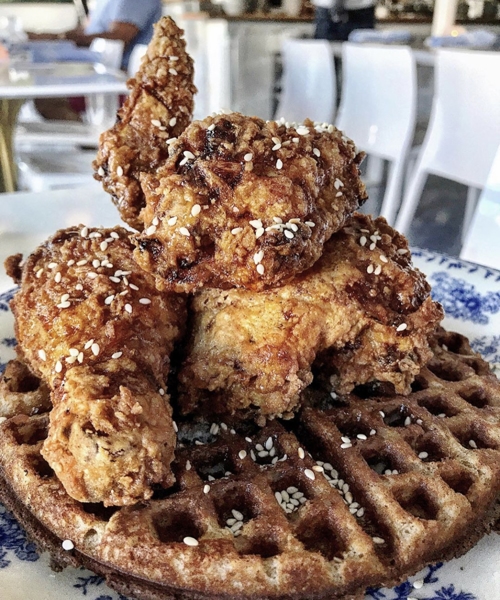 Sassafras is the name of a tree native to eastern North America and eastern Asia.

Back in 1979, after studies suggested there was a cancer nexus, the U.S. Food & Drug Administration banned sassafras bark, oil, and safrole, as food flavorings or additives.

Knowing that, I wasn’t too keen on visiting a place called “Sassafras,” even though it was a relatively new Southern food restaurant that opened up at 101 S. Narcissus Avenue, over in West Palm Beach, Florida.

But let me tell you, my fears were quickly allayed after a pretty impressive order of “Fried Green Tomatoes,” (reviewed yesterday), and this next dish — which ended up being even better. (If you could imagine that!) 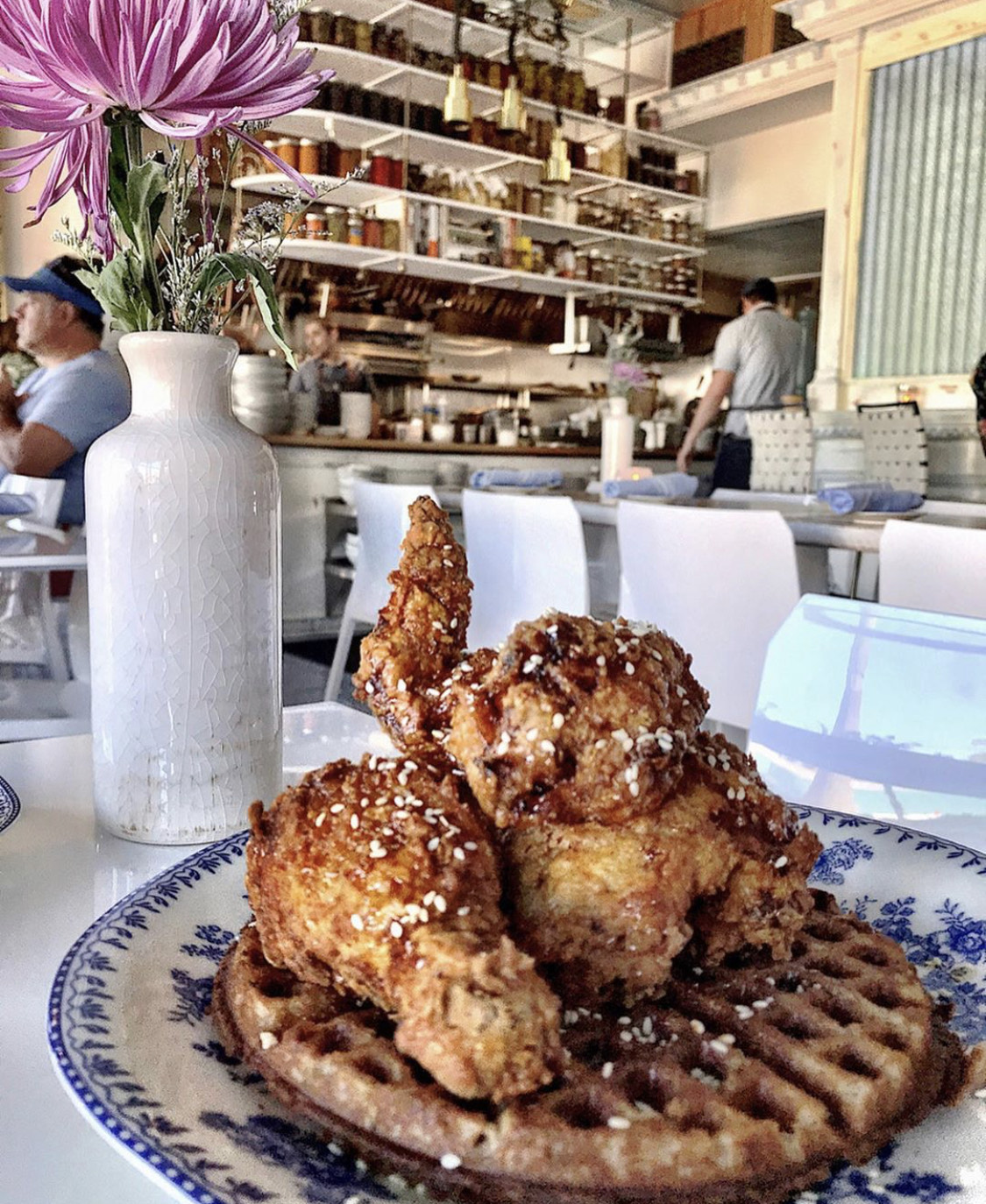 At our server’s insistence, we went for an order of “Fried Chicken + Buckwheat Waffles” — “spicy maple, benne” ($16).

Now while opinions vary, most would likely describe the “perfect” fried chicken as being “crispy,” “crunchy,” “juicy,” with a savory, spicy kick. This scrumptious dish satisfied almost all of those criteria.

And in addition to introducing a “nutty” flavor to the plate, did you know that buckwheat waffles are naturally “gluten-free,” and packed with protein and fiber? (Forget about all that extraneous sugar, just for the moment, please.)

Even though the combination was sublime, because we thought the chicken needed a bit more “heat” (and would have preferred a few larger pieces of meat on our plate), we deducted a few points, but still scored this near-perfect dish a quasi-stellar “A-.”