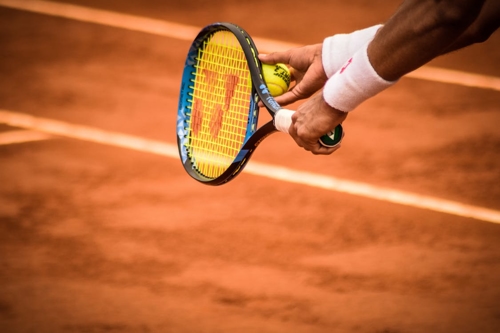 Billie Jean King experienced considerable success playing tennis as a young woman in the 1960’s. She eventually gained international recognition as one of the top tennis players in the world. And after winning a tournament in the early 70's, she realized she was making $15,000 less than her male counterparts and started to advocate on behalf of female athletes.

“In 1973, at the height of her competitive years, Billie Jean leveraged her position to spearhead the formation of the Women’s Tennis Association and became its first president,” reads her website. “She lobbied for equal prize money for men and women at the U.S. Open, and a sponsor was found to level the playing field.”

Her efforts were fruitful, as the U.S. Open became the first tournament to offer equal pay for both men and women.

The 76-year-old trailblazer and tennis icon still has a strong voice in the sports world and is pleased with the outcome of the Fed Cup, an international women’s tournament that was held in February.

The winner of the week-long competition receives $18 million, which matches the prize money received by men during the Davis Cup, held in November. “This is an unbelievable opportunity for the next three years,” said King. “It makes me very proud that women’s tennis is showing that it’s still the leader in women’s sports. That means a lot to me [and] we must continue to be that.”

As we recently reported, the U.S. women’s soccer team is currently in a fight with the USSF to receive equal pay. While the women have become international superstars, dominating the Women’s World Cup, they reportedly suffer from a pay disparity (when compared to the men’s team).

“Tennis already sets the bar with equal prize money paid to women and men at Grand Slam tournaments but King says the fact the Fed Cup prize pot matches that of the revamped Davis Cup held in November is ‘huge’,” reads amNewYork.

To read the full story in amNewYork, click here: https://www.amny.com/sports/king-proud-womens-tennis-leads-fight-for-equality/