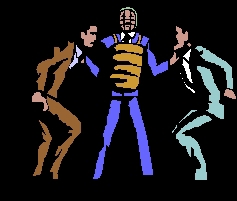 On Monday, June 29, Chief Judge Colleen McMahon, of the United States District Court for the Southern District of New York, issued a 37-page opinion which threw out a lawsuit filed by three landlords who alleged that New York State’s moratorium -- on evicting tenants facing financial hardship as a result of the COVID-19 pandemic, as well as the directive permitting tenants to have their landlords apply their security deposits to any outstanding rent -- was constitutionally violative.[1]

In Elmsford Apartment Associates, LLC, et al., v. Cuomo, three Westchester landlords sought an injunction nullifying parts of Governor Andrew Cuomo’s May 7, 2020 Executive Order 202.28. Contained therein is a prohibition on starting new eviction proceedings until August 20, 2020. The property owners alleged that the Executive Order violated their rights under the United States Constitution’s Contracts, Takings, Due Process and Petition Clauses.[2] After agreeing to forgo discovery, the parties each moved for summary judgment, and the court ultimately dismissed the case, in its entirety.

In rejecting the claim of a physical taking, the District Court noted that the Governor’s Order did not commit or authorize a permanent physical occupation of property. And in reliance of its determination, the court principally cited to the case of Kirsh v. City of New York, 94-cv-8489 (SDNY June 27, 1995), in which the Southern District found that the New York City Civil Court’s appointment of an administrator -- to manage a property in response to a number of tenant complaints alleging harassment by their landlord -- did not constitute a “taking,” even though that control persisted for over six years, chiefly because the government action in question did not permanently extinguish the owner’s property rights. The court noted here that the Executive Order challenged by the landlords triggered a significantly lesser burden than the kind which was upheld in Kirsh. She further observed that the eviction moratorium only applied to tenants facing hardship as a result of the pandemic, and that it was scheduled to expire on August 19, 2020. Judge McMahon further noted that the Executive Order did not reduce or eliminate tenants’ rental liability and landlords would eventually be free to pursue the recovery of all back rent they were owed.

In rejecting the argument that the Executive Order rose to the level of a regulatory taking, the court was of the view that Cuomo’s decree did not effectively frustrate the economic use of their property, since only units occupied by tenants facing financial hardship were affected and there was no showing that operation of their buildings, as a whole, was somehow rendered “commercially impracticable.”

The court was also of the view that the Executive Order did not interfere with the landlords’ “investment-backed expectations” -- a principal factor in assessing whether a regulation rises to the level of a taking. Specifically, because New York’s residential housing is a heavily-regulated industry (as evidenced by, among other things, rent control/stabilization, the statutory warranty of habitability, and the tenant protections afforded by the Housing Stability and Tenant Protection Act of 2019), any actor entering that market does so with the expectation that further restrictions may be imposed. Citing Second Circuit precedent, Judge McMahon further held that, as landlords can still make viable use of their property by renting apartments and collecting rents, they thus could not establish a regulatory taking.

Similarly, in rejecting the Contracts Clause challenge, the court concluded that landlords should have reasonably foreseen that their lease agreements could be subject to further regulatory dictates. Particularly given that residential leases are already subject to significant restrictions, Judge McMahon opined that “[the Executive Order] -- which modifies aspects of the statutory scheme relating to permissible uses of security deposits -- should have come as a no [sic] surprise to the landlord Plaintiffs, and thus could not amount to a substantial impairment of their rights under their rental agreements.”[3] The court further relied on the fact that the Executive Order safeguarded the landlords’ ability to realize the benefits of their respective bargains since the tenants’ rental obligations were not diminished or forgiven in any way.

Similarly, the court held that the eviction moratorium did not run afoul of the Contracts Clause since it, too, was temporary, and landlords would be free to seek evictions (and to collect all rent due and owing) upon the moratorium’s expiration.

The landlords’ due process challenges were dismissed as duplicative of their other constitutional claims -- a fatal defect. The court nevertheless noted that landlords are free to pursue eviction of all tenants not facing economic hardship as a result of the pandemic (and will be free to seek eviction of even those tenants after August 19, 2020).[4] Thus, the court was of the view that a delay in being heard did not constitute a denial of due process.

Finally, the court held that the landlords’ claim that the Executive Order constituted a violation of their right to seek judicial relief, in derogation of the First Amendment’s “Petition Clause,” also failed because the Order only temporarily prohibited the commencement of nonpayment proceedings. Since landlords are free to seek recovery of unpaid rent via a breach of contract action in the Supreme Court, the court held that the landlords were not prevented from petitioning the government for redress.

At this point it is unclear if other courts will follow the Southern District’s lead in rejecting other moratorium related challenges, or if Judge McMahon would rule differently if the moratorium were to extended beyond August and rent forgiveness or other form of tenant relief were mandated.

As for the unsuccessful landlords in this case, their counsel informed Law360 that his clients were considering an appeal in the Second Circuit, and that they further intended to pursue their New York State Constitution and Executive Law claims in a state court.[5]

[2] While the action initially sought relief under the New York State Constitution and alleged violations of the New York Executive Law, as well, the Court held that it lacked the jurisdiction to entertain those claims.

[4] The court acknowledged the landlords’ argument that they are currently unable to prosecute any eviction proceedings while the pandemic persists, but noted that such blanket stay was imposed by Administrative Order of the Chief Administrative Judge of the New York City Civil Courts, and not by the Executive Order at issue in the action.