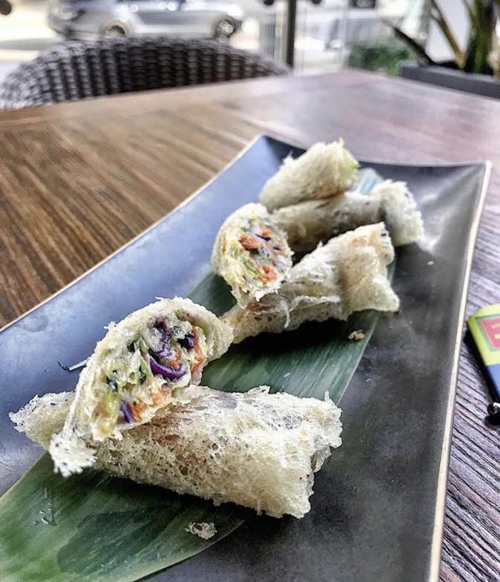 “Hutong Miami” is part of the Aqua Restaurant Group — which operates a number of restaurants around the globe, including in such cities as Beijing, Dubai, Hong Kong, London, Miami and New York.

We certainly got fired up over their shoddy “Jade Hearts,” which were some contemptible sauerkraut-like items, we reviewed yesterday.

Next up, were the “Vegetarian Spring Rolls” — which were described as a “light pastry filled with mushrooms, cabbage and glass noodles.” It’s another dish you’ll find featured on Hutong Miami’s $39 three-course brunch menu. 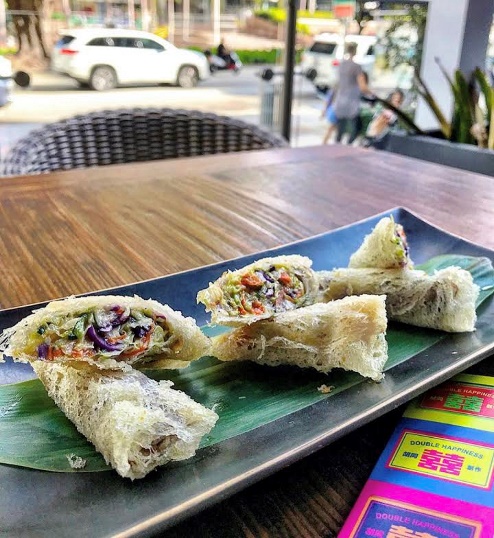 By way of a quick background, this particular victual is believed to have originated in Eastern China during the Jin Dynasty (266 — 420 AD) and derived its name from the fact that farmers couldn’t harvest fresh vegetables until the spring (largely due to the area’s long, harsh winters).

I don’t know about you, but I’m not a fan of greasy foods. And if you’re suffering from high cholesterol or other heart-related concerns, it’s probably best that you pass on this offering. (While they tend to vary nutritionally, fried spring rolls are usually loaded with way too much sodium, fat and carbs.)

Because they weren’t worth subjecting ourselves to a stroke or heart attack, we left this plate unfinished and rated these unappealing, slimy-tasting things an “F.” 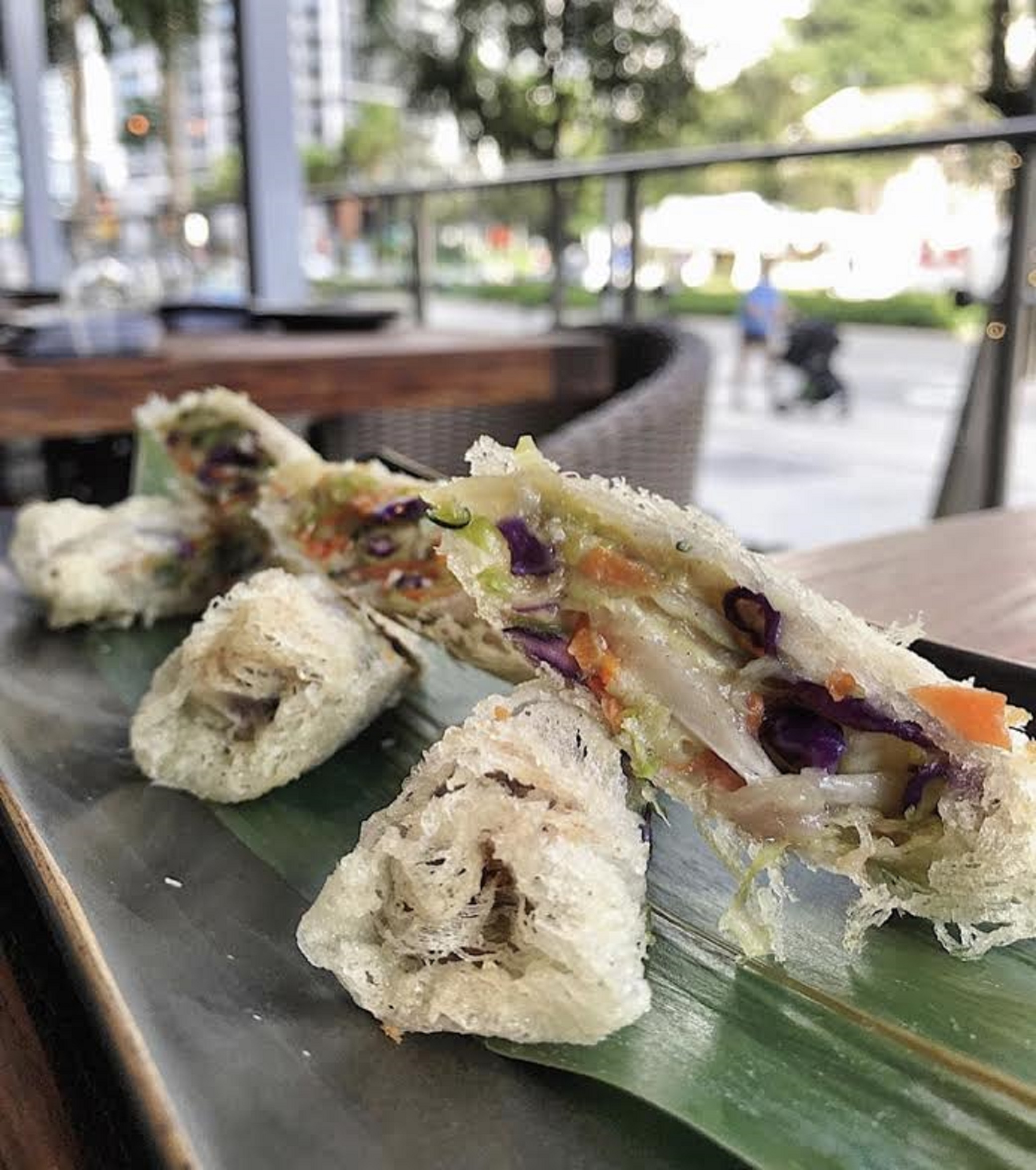