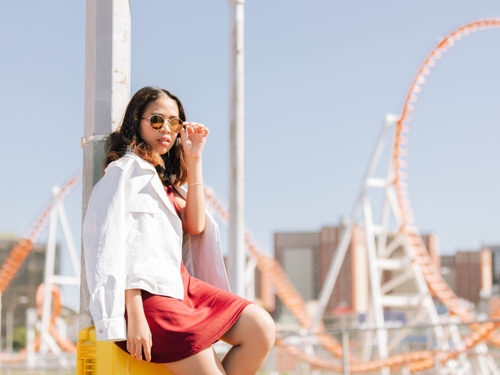 If you’re looking for a blast from the past, take a tour of Brooklyn’s Coney Island. There, you’ll find such establishments like “Nathan’s Famous,” which has been serving hotdogs since 1916, and “Totonno’s,” Coney Island’s go-to pizza shop, since 1921.

Back in 2005, the then-Brooklyn borough president, Marty Markowitz, said that the plan was to preserve “Coney’s famed freakishness and fun-loving spirit.”  But, unfortunately, landlords  are interfering with the preservation effort. The New York Times recently recounted the story of Dianna Carlin, the owner of the Lola Star Boutique, a small shop next to Nathan’s on the Boardwalk. For nearly twenty years, Carlin has been attracting customers with her store’s unique charm. However, her landlord recently offered her a renewal lease with a 400% increase.

“I’m wondering if I should start ordering ‘going out of business’ signs,” Carlin told the Times.

Former Mayor Michael Bloomberg said that jt’s crucial for the mom-and-pop stores to be protected.  While some spots, like Totonno’s, are landmarked, other businesses are not so fortunate.

One of the problems with the Coney Island model is that the area tends to desolate during the winter months, unlike other famous beaches throughout the nation.  And local attractions, such as the Cyclone and Luna Park’s Steeplechase are out of service for much of the calendar year.

“They’re trying to turn the People’s Playground into the playground for the wealthy,” Ms. Carlin observed.

Even Nathan’s which holds the nationally televised hot dog eating competition on ESPN every Fourth of July, is trying to renegotiate a new ten-year lease.

Alessandro Zamperla, the president of Zamperla, the company which leases all the space from the City, said: “We care about Coney Island and its future, and we are dedicated to making it as strong a community as possible. This is why we’ve been working with our tenants to ensure their success and preserve the character of Coney Island.”

At least three of the six businesses at the site have agreed to sign a new lease.