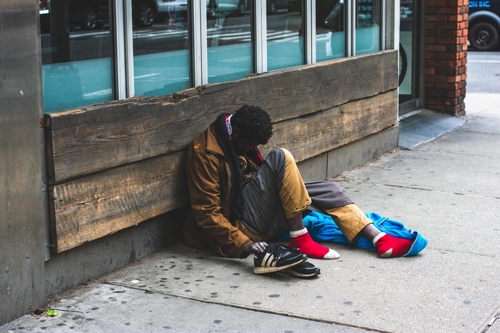 For decades, New York City mayors have endeavored to eradicate homelessness. And with numbers on the rise, it's Mayor de Blasio’s turn to take on the epidemic.

As the New York Daily News recently reported, there are an estimated 3,600 people living on the streets, and de Blasio’s goal is to find housing for all of them by 2024 – three years after he is set to leave office. (The Mayor is confident that goal is achievable, as he has already found shelter for some 2,400 people while in office.)

“Part of the ambition of this plan is that it will require a deep connection to our fellow human beings,” de Blasio said. “We can’t bring people home if we don’t understand their humanity and respect their humanity.”

The plan is to place people in low-barrier permanent apartments. Currently, only those in homeless shelters or who are gainfully employed are eligible for these units.  And to effect that change, the Mayor is soliciting interest from property owners who would like to make their buildings available.

“The City is also establishing 1,000 transitional beds for people resistant to other services,” reads the Daily News. “Catholic Charities of New York has agreed to provide beds at five sites.”

While the Mayor will be allocating a projected $100 million to the endeavor, City Comptroller Scott Stinger expressed little faith in the plan, calling it a mere “band-aid.”

Stinger, who is expected to run for mayor in 2021, noted, “Once again, the city is doubling-down on more of the same – increased spending on programs that we know aren’t working. We need a bold, smart and comprehensive strategy that meets the magnitude of both our homelessness and housing crisis and recognizes that these issues cannot be siloed.”