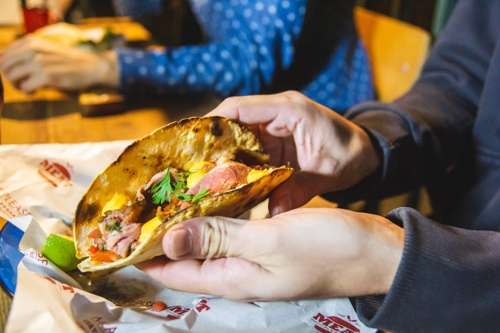 The popular fast-food chain, Taco Bell, is taking an expensive gamble, as it recently announced that it's increasing a store manager’s salary to $100,000 in the Midwest and Northeast.

“Amid an increasingly tough U.S. labor market, the company is betting a higher salary will help attract workers and keep them on the team,” notes Bloomberg. (Currently, managers throughout the USA make between $50,000 and $80,000.)

With unemployment at an historic low, fast food chains are facing some difficulties finding and/or retaining talent.

Just a few short years ago, working for a fast-food restaurant was considered the “quintessential” low-wage job. But these employees eventually banded together and rallied for increases in the minimum wage – such as $15-per-hour in the NYC area. But that gain has had some negative repercussions, as a number of companies have slashed their work force numbers due to declining profits. “There’s a substantial percentage of employees that have been fired unfairly,” said City Councilmember Brad Lander.

While the New York Times reported a woman from Chipotle was terminated “for not smiling enough,” these and other conditions have made it made increasingly unattractive for people to work in the industry. But by substantially increasing salaries, Taco Bell may just have changed the entire landscape.