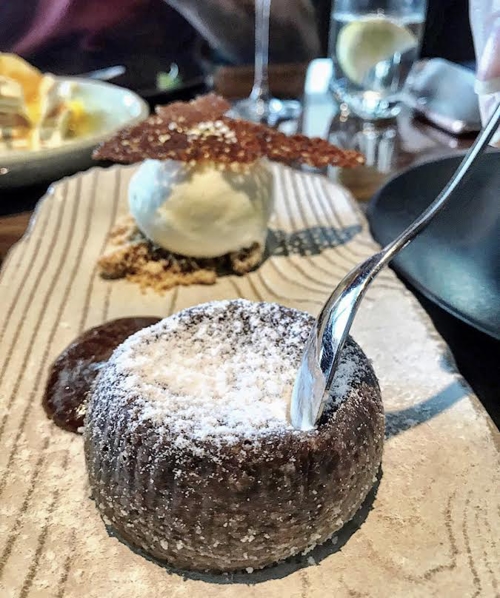 All good (and even bad) things eventually come to an end .... and that holds true even for a great restaurant like Novikov — 300 S. Biscayne Blvd, in Miami.

While we enjoyed the $23 three-course brunch, most of the desserts failed to impress. Both the Tropical Ki-iro (reviewed yesterday) and the Pineapple Kakigori (reviewed Saturday) scored a near-failing “C-.”

How would our final course fair? Well, our last selection just so happened to be the “Chocolate Lava Cake — sesame tuile, vanilla lemongrass ice cream” ($14).

Chocolate lava cake, a/k/a molten chocolate cake, was supposedly invented by mistake; a kitchen mishap, as a matter of sorts. Chef Jean-Georges Vongerichten claims to have created this dessert back in 1987, when he was catering a large dinner party at New York's Drake Hotel. 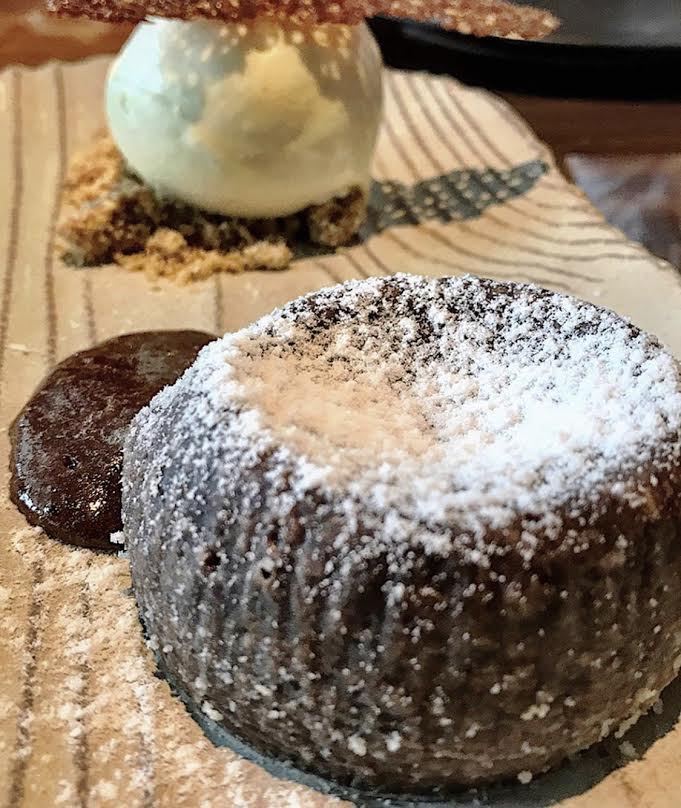 While chocolate cakes were on the evening’s menu, a problem with the oven and a timing miscalculation led to the production of a dessert that ended up being “undercooked,” and hugely popular. (At least, that’s how the story goes.)

Unlike the two other desserts we sampled, my guests and I really enjoyed this rich, gooey cake, and appreciated the dose of warm, chocolatey goodness that emanated from its core.

Lemongrass is an herb — actually, a perennial grass — which grows in Africa, Asia and Australia, and is frequently used in Thai cuisine. It usually imparts a strong citrus (lemon) flavor, with notes of mint and ginger.

Because most appreciated the pairing (but not the pricing), this dessert scored a very strong “B+.” (And while the tuile added a nice crunch, it did little else to enhance the dish, in our view.)

So, if you’re still hungry after that delicious and affordably priced brunch, spring for the lava cake. It’s a nice way to end the meal. 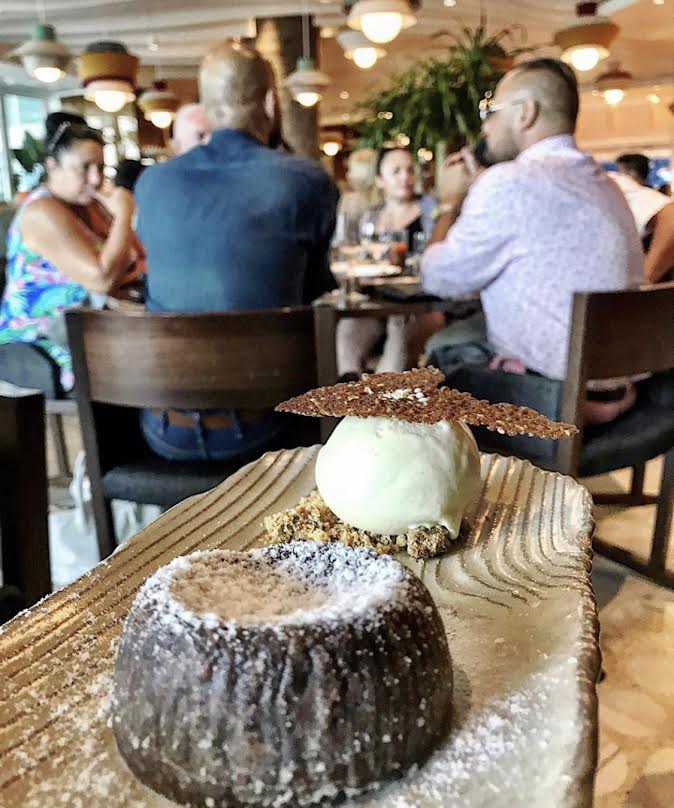