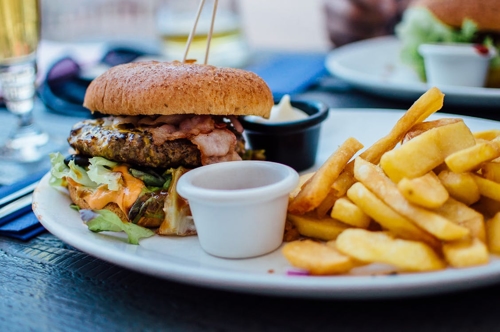 The company, based out of El Centro, California, was investigated for “disqualifying male applicants and employees from server positions based solely on their sex,” reads the EEOC’s official webpage. Established in 2015, the company hired mostly females to serve their predominantly male customer demographic.

While gender-based hiring may be a common practice for some food establishments, it violates Title VII of the Civil Rights Act of 1964, which “prohibits discrimination on the basis of sex with regard to hiring and/or promotions.” Along with the monetary penalty, the restaurant had to implement a “recruitment plan” to prevent future discrimination.

As part of the settlement, the chain has also agreed “to review and revise its policies and procedures on discrimination and provide training to all employees on federal anti-discrimination laws with an emphasis on sex discrimination,” writes the EEOC. The company will need to document and maintain a record of the changes they are making.

Scantily attired servers were the core feature of the “Hooters” franchise -- a sports bar known for its chicken wings, burgers, beers and, of course, their waitresses. That establishment is still going strong, with locations across the country. In 1997, Hooters was slapped with a gender discrimination lawsuit by men who had been denied a server position. The company agreed to settle dispute for $3.75 million. But, according to the AP, that agreement allowed Hooters “to continue luring customers with an exclusively female staff of Hooters Girls,” with men now performing “supporting roles,” such as bartenders and hosts.

“These types of cases show the limitations of the law when it comes to changing attitudes,” noted Debra Cohen, co-chair of Newman Ferrara LLP’s Civil Rights Group. “These practices are market- and profit-driven, so at the end of the day, consumers need to send these eateries a message that it’s the quality of the food that counts, not the physical attributes of their workers.”

If you are a victim of gender discrimination, please feel free to call one of our civil rights attorneys at 212-619-5400.