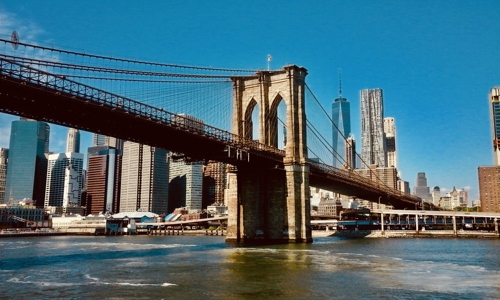 Brooklyn continues as the City’s trendiest and hippest spot. So, it should come as no surprise that the startup scene is growing exponentially throughout the borough. 1,200 tech startups were active in Kings County, last year – “up from 264 a decade earlier,” reads the Wall Street Journal. However, startup leaders are coming to realize that Brooklyn has its fair share of problems, and they are trying to adapt.

“Transit problems, tech-talent shortages and real-estate limitations can hold back adolescent companies that have outgrown accelerators, ” the Wall Street Journal guides.  Jonathan Bowles, Executive Director of the Center for an Urban Future hopes the tech boom continues, but also understands that there are many challenges which these companies face.

Bowles thinks it’s important to renew tax incentives, which were previously a key motivator. As the Journal reports, “[t]wo key tax-credit programs will stop taking applications next year unless lawmakers renew them.” Firms, such as Carmera -- an HD Map creator -- chose Brooklyn over Silicon Valley or Pittsburgh because of those incentives.

With or without those benefits, the newer companies are having some issues retaining talent -- with key personnel leaving to join major players, like Facebook or Amazon. Apparently, people aren't thrilled with the commute to Brooklyn -- particularly given subway delays, slow bus routes, and the perilous bike lanes. (One engineer was injured after a bike accident, thus missing seven weeks of work.) As a result, companies like Carmera are getting creative and are giving their employees additional benefits, like "work-from-home" days to minimize some of the hassle and stress.

Startups are also struggling to find suitable office space in Manhattan. “A lot of companies can afford the rent but can’t commit to five- or 10-year leases,” said Sayar Lonial, Associate Dean for Communications and Public Affairs at NYU’s Tandon School of Engineering.

“It’s important to maintain an environment that is welcoming to new businesses,” said Jarred I. Kassenoff, a partner at Newman Ferrara LLP. “In many respects, it’s a symbiotic relationship. Stifling the rise of tech, will hamper the City’s growth, and reduce its tax base. That, in turn, impacts services. It's a vicious cycle," he added.