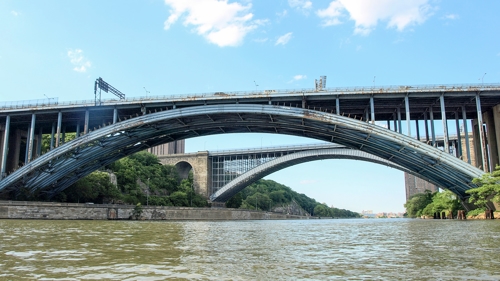 A new study found that driving through Washington Heights and the Bronx, on I-95, is among most dangerous routes in New York.

“Three New York spots on the highway — all near where drivers get ready to cross a bridge — landed in the top 10 least safe places for drivers in 2019, according to the study by nonprofit Go Safe Labs,” reads Patch.

For each of those locations, there were over 100 car crashes in 2019.  Of course, those numbers are due to extraordinarily high traffic volume, which is obviously one of the major reasons for their notoriety. (Off the Alexander Hamilton Bridge, where the roadway leads into the Harlem River Drive, there were 208 crashes in that area alone.)

Despite those statistics, New York City did not make the top-ten list of cities with the most crashes. Interestingly, Houston took the number one spot.  But the current number of local incidents is unacceptable, and our leaders need to figure out ways to make road conditions safer.

To read the full story on Patch, click here: https://patch.com/new-york/new-york-city/s/h04iu/this-nyc-highway-is-among-nations-most-dangerous-study-says?utm_term=article-slot-2&utm_source=newsletter-daily&utm_medium=email&utm_campaign=newsletter