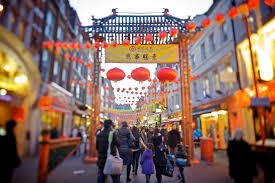 Every year, massive crowds swarm the streets of Chinatown, as the area rings in the Chinese New Year with a major parade.  Despite the worldwide outbreak of the coronavirus, community leaders are urging the public to enjoy the celebration like they do every year this Sunday.

“Officials at a Feb. 2 press conference in Chinatown acknowledged that business in Chinatown, Flushing, Queens and Sunset Park Chinese communities has dropped as a result of the coronavirus, which originated in China,” noted amNewYork.

There have been over 300 deaths since this latest viral outbreak began (most of which were outside of the U.S.), and the fear of contamination is spreading.  While walking the streets, some New Yorkers are wearing masks to protect themselves.   While a patient was admitted to Bellevue Hospital for what is thought to be the first outbreak in the state, Queens State Senator John Lui believes the public’s concerns have triggered some hostile responses.

“I’ve been somewhat disturbed if not outright appalled at some of the comments and gestures that I’ve seen and my constituents have seen against the Asian community,” he said. “The comments being made by some people are unreasonable, if not downright offensive.”

New York City Council Speaker Corey Johnson is encouraging calm and said the information regarding the virus needs to be “factual and scientific.”  But, thus far, confusion and fear appear to be the only constant.

To read the full report in amNewYork, click here: https://www.amny.com/editorial/city-leaders-seek-to-allay-fears-of-coronavirus-in-chinatown/