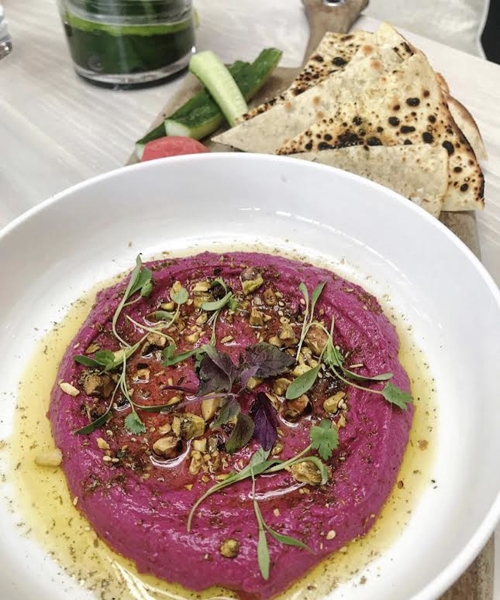 An IG friend suggested that we try “Nativo Kitchen + Bar,” at 1395 Brickell Avenue, in Miami Beach.

While we get restaurant suggestions all the time, this place is a bit unusual in that it’s on the 25th floor of a hotel — the Conrad Miami. (Yes, a Hilton! Shoot me dead, right now!)

After walking into an extremely sterile lobby, and after taking a scratched up, ugly, steely elevator to an equally “cold” reception area, we walked around the corner to find a large, cavernous dining space which is currently headed by Chef Pablo Lamon. [In addition to some (mostly obstructed) views of Biscayne Bay, the restaurant is featuring his “Latin-tinged” fare.] 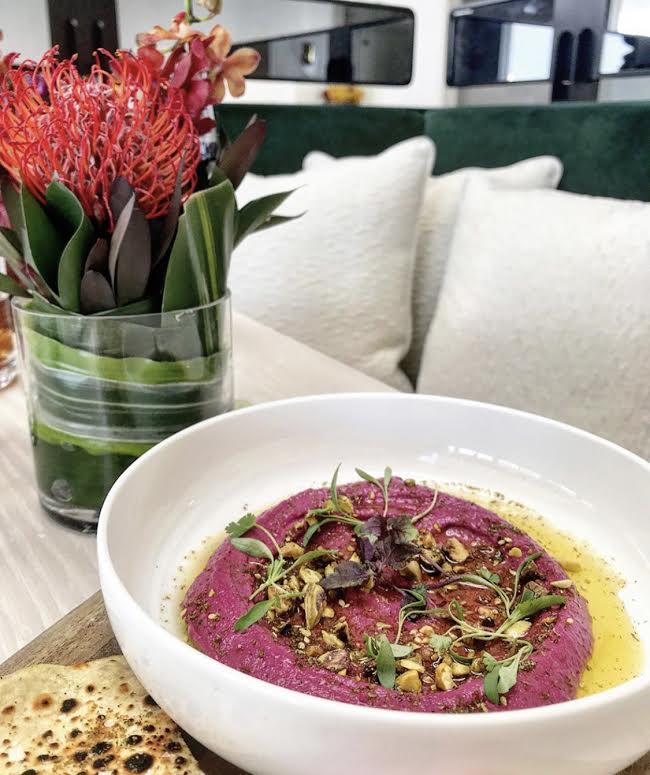 Hailing from Buenos Aires, Lamon has an interesting pedigree — having worked with the likes of Jean-Georges Vongerichten and “Top Chef” winner, Jeremy Ford.

Best known for his stint on Season 16 of “Top Chef,” Lamon was voted off the show for not impressing the judges. When asked about his loss, he noted that he wished he “hadn’t been that ambitious” and that he had “played it a bit safer.”

And “safe” is preciously how we would describe the food we sampled, including, for example, this “Beet Hummus — pickled radishes, cucumber, roti” ($13).

Typically made with beets, chickpeas, tahini, olive oil, lemon juice and garlic, this dish is packed with essential minerals — like manganese, potassium, copper and iron — and is also reportedly high in antioxidants.

In addition to its nutritional benefits, this dish offers an unusual flavor combination: a slight sweetness and (dirt-like) earthiness that some will find quite pleasurable.

But since it wasn’t the most amazing dish we’ve ever tried (nor among the worst), it ultimately ended up with just a “B-“ score.

But, we see promise in this young one. (So, don’t write him off, just yet.) 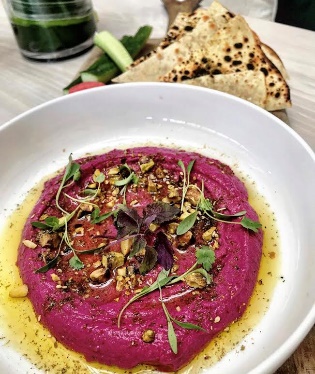