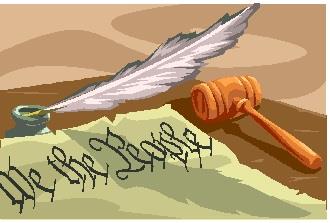 Earlier this week, a federal judge upheld new protections passed by the City of New York in response to the pandemic.

The laws in dispute sought to assist retail tenants impacted by COVID-19 and who could no longer afford to pay their rent. Among other safeguards, landlords are now prohibited from harassing tenants and forcing them to vacate via such means as changing the locks, nor may tenants suffer discrimination based on a COVID diagnosis. Another law barred landlords from targeting the personal assets of certain business owners who owe rent.

In response, two commercial landlords filed suit in July, alleging that these new measures infringed upon owners’ right to free speech and due process, and also violated the contract clause of the Constitution (among other laws). Stephen Young, the attorney for those plaintiffs, claimed that the local enactments were hastily passed and adversely impacted his clients, who were struggling to make ends meet.

Federal court Judge Ronnie Abrams, of the Southern District of New York, disagreed with the owners' assertions and found the laws constitutional. In her decision, Abrams wrote, “Plaintiffs have expressed some legitimate concerns, and the Court recognizes the toll the pandemic has taken on them, in addition to their tenants, all New Yorkers, and millions more around the world . . . [n]onetheless . . . the Court cannot conclude that these three challenged laws violate any of Plaintiffs’ constitutional rights.”

Abrams found no First Amendment irregularity because owners were still permitted to issue rent demands. She was also of the view that the inability to sue guarantors did not violate the Constitution's contract clause as the challenged protection was “reasonable, necessary, and passed to advance a legitimate public interest.”

While the landlords’ attorney indicated that his clients were considering an appeal, similar lawsuits have been filed by business owners (including gyms and restaurateurs), challenging the constitutionality of Governor Cuomo’s executive orders.  None has yet to succeed.  (And, as we reported back in September, a federal court dismissed a case brought by landlords challenging the legality of the state’s eviction moratorium. You can read more about that determination here.)

When will these landlords learn?