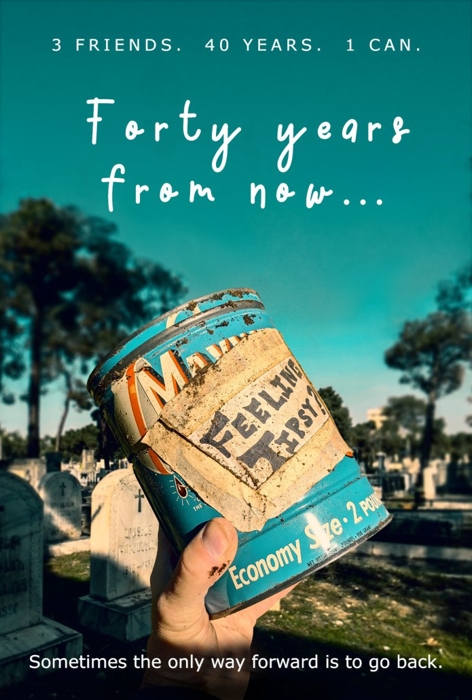 According to Professor Williams E. Jarvis, over at Washington State University, for thousands of years, human beings have used time capsules as a tool to not only ponder about the future, but to reflect upon the present.

Interestingly, Jarvis claims that when these things are later opened, the universal reaction has historically been that of disappointment. And he further asserts that we have learned relatively little from their unearthing or discovery.

Given that perspective, I was enticed by the premise of “FORTY YEARS FROM NOW,” a film written and directed by John Manna, of Mahopac, New York. In his story, three friends unite, forty years after their high school graduation, to dig up a coffee can which contains the group’s previously deposited predictions and secrets.

John describes the project as a “short, narrative comedy with a soul; a thoughtful story that challenges the widely held belief that ‘you can never go back,’ while exploring the tough questions of whether it’s ever too late to find happiness.”

Well, it’s certainly not too late to support John’s crowdfunding campaign … where in exchange for your financial assistance to the endeavor, you can select from such perks as a signed movie poster, a t-shirt, appear as an extra in the film, or get an acknowledgment in the closing credits.

Don’t bide your time. Check this project out, posthaste!

(And that about encapsulates that.)