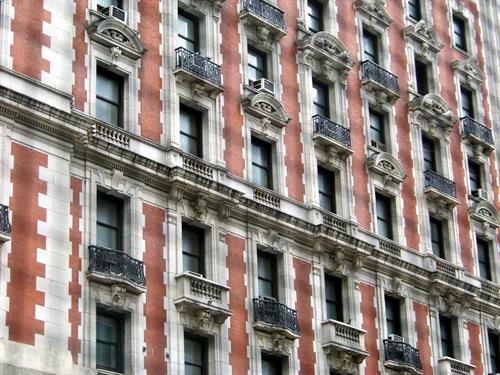 It has almost been three months since the New York legislature enacted new laws which drastically altered the landlord-tenant landscape. So expansive were the array of protections that the legislature implemented -- including making rent stabilization permanent -- that a group of New York landlords filed a federal court lawsuit challenging the legislation's constitutionality.

Concerned about safeguarding these unprecedented rights and remedies, tenant activists are now aiming to have their voices heard in the federal court action and have announced their intention to seek the lawsuit’s dismissal.

Two advocacy groups, “Tenants and Neighbors” and “Community Voices Heard” are behind a recent filing which asks a federal court judge to allow them to intervene and become part of the litigation, according to Crain’s New York.

“The nearly 1 million rent-regulated households in New York City deserve a voice in opposing the real estate industry’s outrageous attack on the rent stabilization system,” read a statement from Ed Josephson, Director of Litigation and Housing at Legal Services NYC.

While landlords are expecting the case to go to the U.S. Supreme Court, our nation’s highest judicial forum, the tenant groups are hoping their efforts will forestall that. Their main argument, as noted by Crain’s, is that there would be “thousands of rent-stabilized tenants who would lose their homes” if the legal challenge were to prevail.

Notwithstanding this intervention announcement, the landlord lobby is steadfastly adhering to the notion that the laws are facially irregular or invalid.  Yet, Andrew Pincus, one of the attorneys representing the landlords, believes that “rather than spending time and money fighting our reform effort, everyone should be working together to find a solution to New York’s affordable housing crisis that actually works.”

But other attorneys are of the view that a constitutional challenge is not the way to achieve that collaborative outcome, and that the landlords’ litigation is an endeavor ultimately destined to fail. Roger A. Sachar, a senior associate at Newman Ferrara LLP, noted that “the law, for decades, has been quite clear.  The regulation of private housing and housing related conditions falls within the state’s ‘police powers.’ The new legislation is presumed to be constitutionally valid, and those challenging it face a high hurdle.”

Lucas A. Ferrara, a named partner of the firm, concurred with his colleague and added that the “time to take action was when the legislation was being debated and drafted up in Albany.” Ferrara continued, “In many respects that ‘ship has sailed,’ and the will of our democratically elected leaders -- that make up the New York State Legislature -- and the integrity of the legislative process will be accorded considerable deference.”