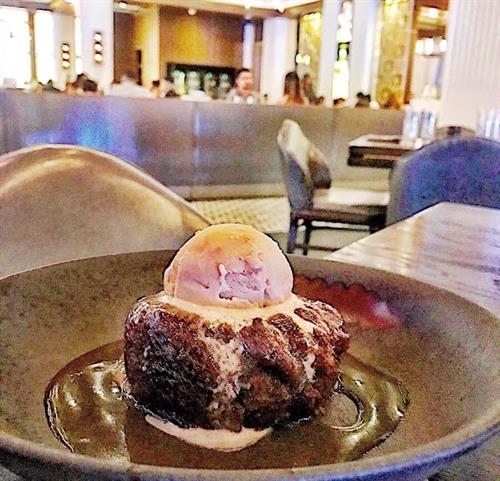 If you’ve been following this page for a while, you know I’m NOT a fan of celebrity-driven dining establishments, as they tend to be more about hype and less about substance.

“Hell’s Kitchen” — a popular TV “reality” show — tracks the successes (and failures) of contestants vying for a head chef position. And Gordon Ramsey — celebrity chef, cookbook author, and restaurateur — happens to be the sole judge, jury and executioner.

“Hell’s Kitchen” on the grounds of Caesar’s Palace, in Las Vegas, Nevada, is a 300-seat restaurant which opened back in January of 2018, and happens to be one of town’s hottest reservations to score. The named chef? Why, Mr. Ramsey, of course.

The kitchen (which draws inspiration from the TV program), serves “modern lunch and dinner menus including [the show’s] signature dishes made with the highest quality ingredients.” 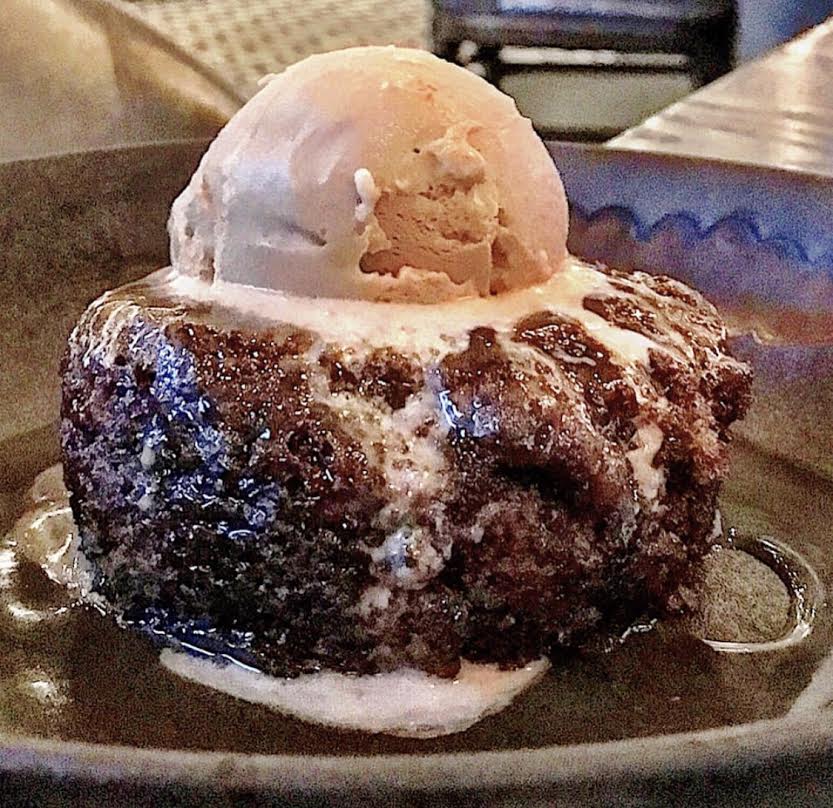 For our final course, we decided to go with the “Sticky Toffee Pudding” — which came with “speculoos ice cream.” ($12).

If you’re lucky enough to find it, this is usually an extremely moist sponge cake, covered in a toffee sauce, and is often served with a custard or ice cream.

If you love desserts filled with butter and brown sugar, you’re certain to enjoy this extremely rich and flavorful concoction.

The “Speculoos” ice cream — a name associated with a brand of crispy spiced cookies (or gingersnaps) — added a nice gingerbread-like taste to the mix.

While some thought it was way too “Christmas-y” a dessert (and that it was more suitable for the holiday season), and others thought $12 was pricy ask for this little thing, it still rated a pretty respectable “B+.”