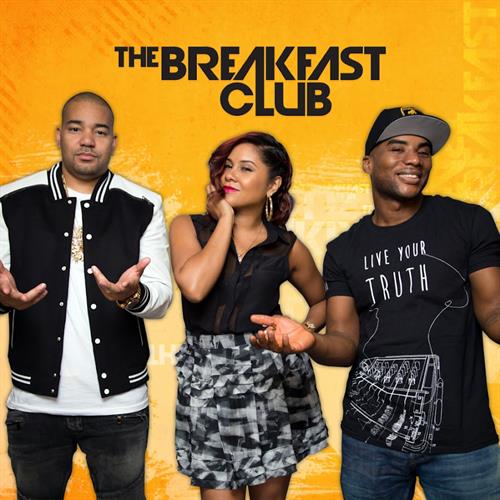 The Breakfast Club, a nationally syndicated morning radio program, recently stirred up considerable controversy when a blind college student -- Chelsie Reid -- called in to complain about how she and her other visually challenged friends were having difficulty getting hired as babysitters.

Hosts DJ Envy, Angela Yee, and “Charlamagne tha God” responded rather cavalierly that they wouldn’t hire a blind person as a caregiver.

(Listen to the call here)

In response to the outrageous remarks made by the program’s hosts, we spoke with Chris Danielson, Director of Public Relations with the National Federation of the Blind (NFB), to discuss why the organization believes the program’s message was insensitive and, arguably, unlawful.

Established in 1940, NFB “is the oldest and largest nationwide organization of blind Americans.” Among the organization’s stated purposes is “to promote the vocational, cultural, and social advancement of the blind; to achieve the integration of the blind into society on a basis of equality with the sighted; and to take any other action which will improve the overall condition and standard of living of the blind.”

Tell us little about your background, Chris, and what drew you to this particular story?

“I have been involved with the NFB for 30 years, as and have worked for the organization for some 16 years.

This story came to our attention after one of our affiliates heard the program and alerted us to it. We started a social media effort to highlight the discriminatory behavior towards licensed caregivers and teachers, as well as blind parents.”

Aren’t there limitations as to what the blind can do?

“There are very few. While there are some that relate to driving, as The Breakfast Club mentioned, most of the limitations are in the public’s attitudes and perceptions about blindness.  What we call ‘low expectations’… a belief that blind people are incapacitated by blindness and that we can’t do the things that other people can do.

The reality is that is simply not the case. Most things that sighted people can do, blind people can.  There are blind people who are working in every occupation you can think of, and we have managed, despite the low societal expectations, to do quite well as parents and workplace contributors.”

You’ve garnered a lot of support on the Internet from people who were outraged by the Breakfast Club’s comments. How would you respond to the people who agreed with them?

“It’s been demonstrated many times that we can do this type of work. I understand that most people have a very limited view of what blind people can do because when most people close their eyes or put on a blindfold, it can get very disorienting and upsetting. They assume that this is the same for blind people. Because sight is a primary sense for most people, it is very difficult for them to imagine living without it.

I don’t necessarily blame The Breakfast Club hosts or the callers that agreed with them for not knowing that blind people can watch and raise children. What we do blame them for is ‘not listening.’ The people who called in to defend the blind were blown off.   We believe that’s due to an unwillingness to learn. I know blind parents. I know one lady, the President of our Oregon affiliate, who founded a whole Montessori school. She now runs three of them. She built her whole career on caring for children and has done so extremely successfully.”

What are the different techniques used for the caring of children?

“The Breakfast Club was wondering how the blind babysitters could keep track of the kids. One way to do it is when the children are very small, they attach bells to their shoes. When the child is wandering around independently, the blind caretaker can hear where they are. Once the child is old enough to understand that their parent or caregiver is blind, they implement rules where the child must answer a phone call, no matter where they are, for example. They always know they need remain in communication.

We just did a podcast last month with a young lady who is a blind first grade teacher at a public school in Brooklyn. She’s been serving in that capacity for some fifteen years now.  People should check that podcast out.”

“Our President, Mark Riccobono spoke with Chelsie last week. While I was not a part of the call, the substance of the conversation was to express our organization’s steadfast support. She has noted on Facebook she wants to be an educator. This whole experience has been upsetting and discouraging for her. We’ve done everything we can to show that we support her goals and that she can achieve her dreams.”

How do you go about educating the public as to the concerns of the visually challenged community?

“We’ve reached out to the media as much as possible. We’d love to go on The Breakfast Club program and talk about how blind people successfully parent and care for children. It would be a great way for the hosts to educate their listeners and to rectify the damage they have done.”

Is there any animosity towards the hosts of The Breakfast Club?

“They’ve showed some capacity to recognize their mistakes. They recently aired an apology to the transgender community for various insensitive things they’ve said. We are not demanding that they be fired, but we would like to see an acknowledgment that they did not treat some of their listeners properly and would like an opportunity to share with them some of successful strategies and tools used by blind parents and blind childcare workers.”

What about reaching out to the sponsors of the show?

“We are considering whether to take that course of action, particularly if The Breakfast Club doesn’t move quickly to rectify the situation. We are considering notifying all brands who are sponsoring the show and asking them to consider whether they want to affiliate with a program that has openly suggested discrimination against blind people, particularly with respect to childcare and parenting.”

Any other examples of discrimination the blind community has experienced?

“Employment is always a problem. There is a 70% unemployment rate among blind people. We work very hard with employers. It’s usually a failure of the employer to imagine how a blind person would do a job or a lack of information as to the resources that are available and that will allow a blind person to do their assigned tasks. An employer may not realize that there is text-to-speech and braille technology for computers so that blind people can use the type of computer programs that are generally used on the job today.”

Any main takeaways or “life lessons” to be learned here?

“I think this situation demonstrates, once again, that society has a long way to go in its attitudes towards blind people and towards others with disabilities. It’s unfortunate that some with a national platform opt to perpetuate a discriminatory attitude against the blind, whether they realize that’s what they’re doing or not.

We really need to figure out ways to be more inclusive, rather than exclusive. People with disabilities want to be a part of society. Our whole organization is based on the notion that the world benefits when we’re an active part of it.  Like any other group, we bring talent to the table, and rather than being a burden, society benefits from our productivity and our contributions.”

Have any good resources for our readers to reference or review?

“We invite them to visit our website: www.NFB.org.  We have several podcasts that will impart a lot of helpful information. They’ll find it all under the ‘resources’ tab.”

To learn more about the NFB, or its mission, please use this link: https://nfb.org/

If you, or someone you know, is a victim of discrimination, whether in the workplace or otherwise, please feel free to reach out to a member of our Civil Rights Group, at 212-619-5400.