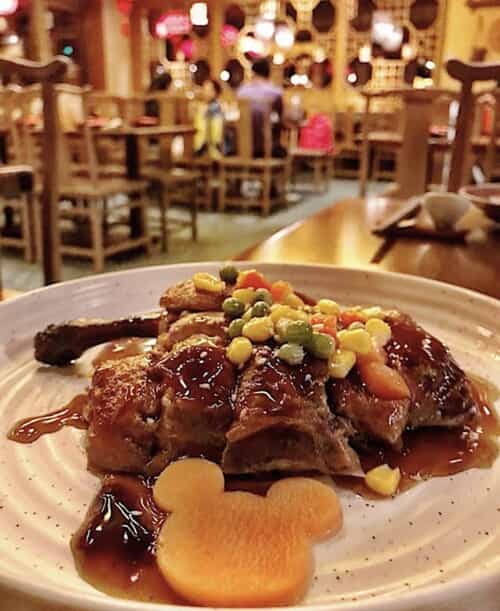 Our next stop in China was 上海迪士尼度假区 — Shanghai Disney Resort — which according to published reports is the biggest Magic Kingdom Park constructed, to date.

Built at the cost of $5.5 billion, the park opened a little over three years ago (June 16, 2016) to considerable fanfare ... and some consternation. While it consists of some 963 acres, long lines and protracted wait times for the various attractions tend to be the norm. And because it was geared for a local audience, expect all rides and live shows to be in Chinese.

Luckily for us foreign foodies, there are plenty of meal options available. And directly across from the “Enchanted Storybook Castle,” you’ll find the “Wandering Moon Restaurant” — which offers a “family feast for 3” at 328 CNY or about $46 (U.S.). For that pretty reasonable $15 per-person price, you get a small soup, a bowl of rice, and an entree of your choice.) 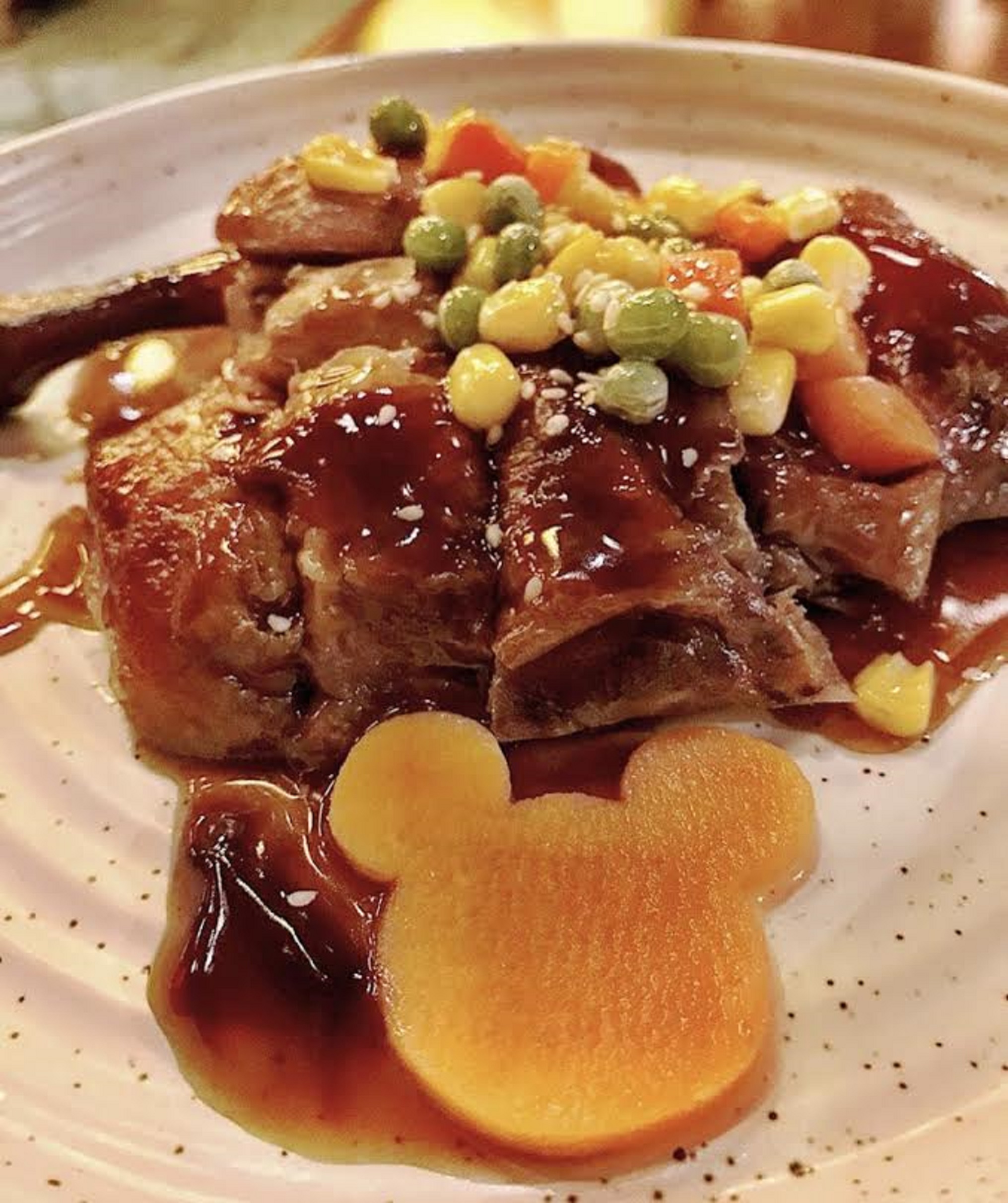 And since we were at Disney, what better way to begin a meal than with some “Roasted Duck?” (That’s right. Duck. (Which would explain why Donald and Daisy meander about the park grounds with heavily armed security guards.))

A southern China dish, this bird is marinated and roasted, chopped into chunks, and served with a sugary barbecue (plum?) sauce .... While we found the meat a bit dry and chewy, because this dish didn’t offend it scored a pretty generous “B-.”

[Considering we were in an amusement park ... in China ... we all thought this was an admirable effort (and pretty good value).] 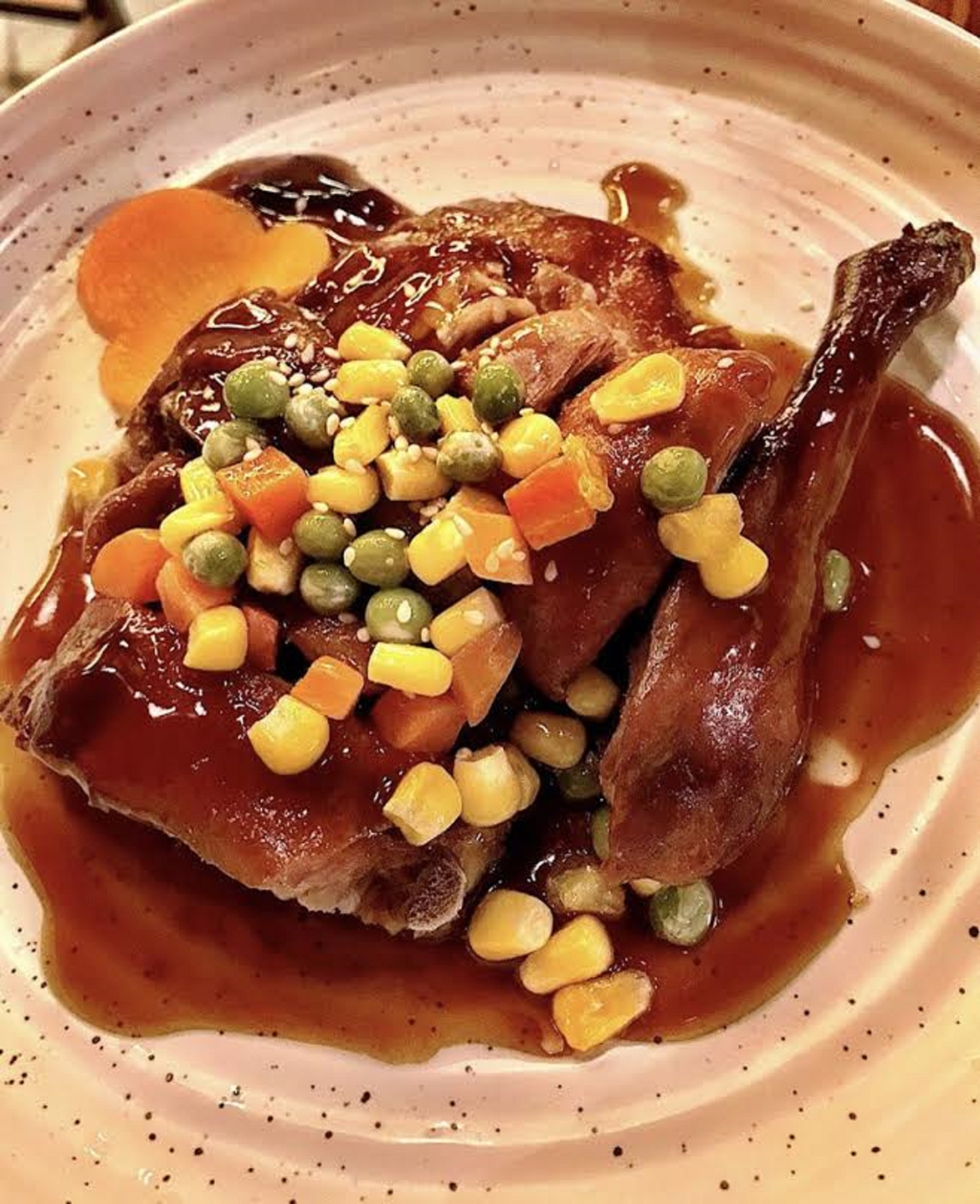