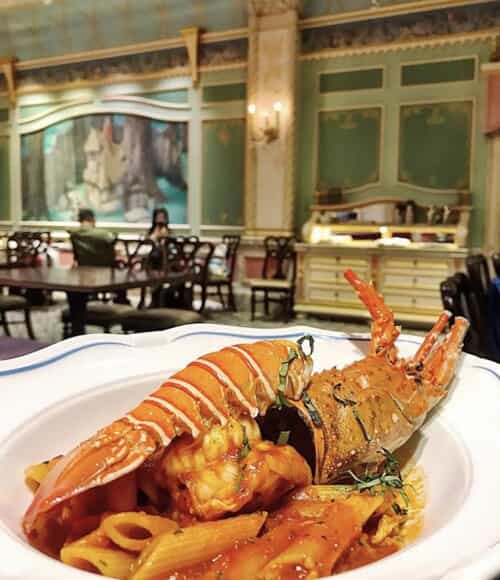 While I normally do not condone violence of any kind, as our meal progressed at the “Royal Banquet Hall,” in the Enchanted Storybook Castle at Shanghai Disneyland Park (China), I wanted to slap our tour guide silly.

He claimed that the food at this particular restaurant was “the best” that Disney had to offer. But, if that’s the case, they should shut down this park, immediately! 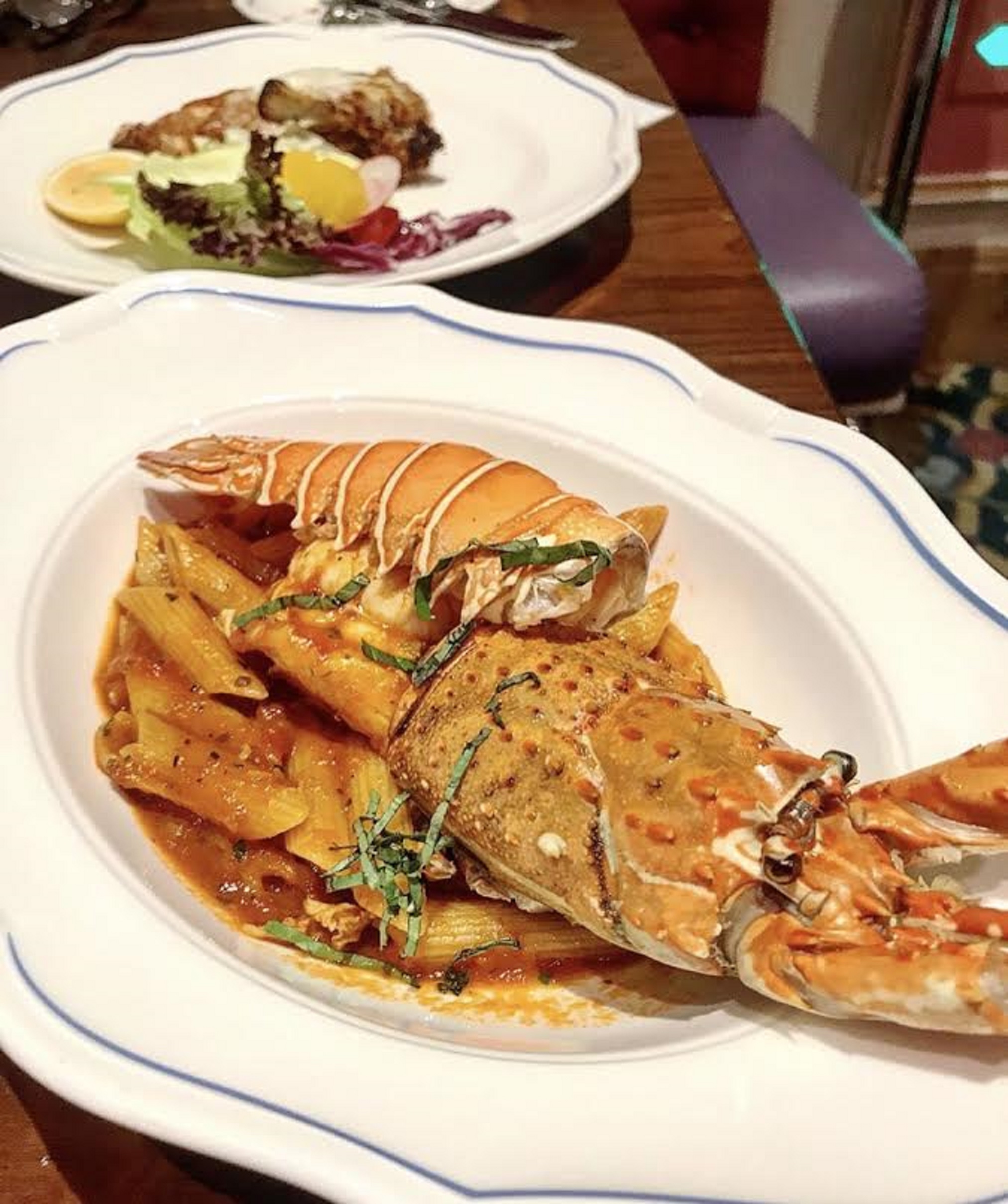 We paid 388 CNY, or about $55 (U.S.), per person, to eat what primarily tasted like leftover high-school cafeteria-food.

Our final “Royal Entree,” a “Penne with Lobster and Marinara Sauce” — which ran us an extra 48 RMB, or $6.71 (U.S.) — not only struck us as unattractive but, in our view, was paired with the wrong kind of pasta.

When I think lobster, I think angel hair, spaghetti, linguine, capellini ... even pappardelle. But penne? (I’d save that for a good mac and cheese.) 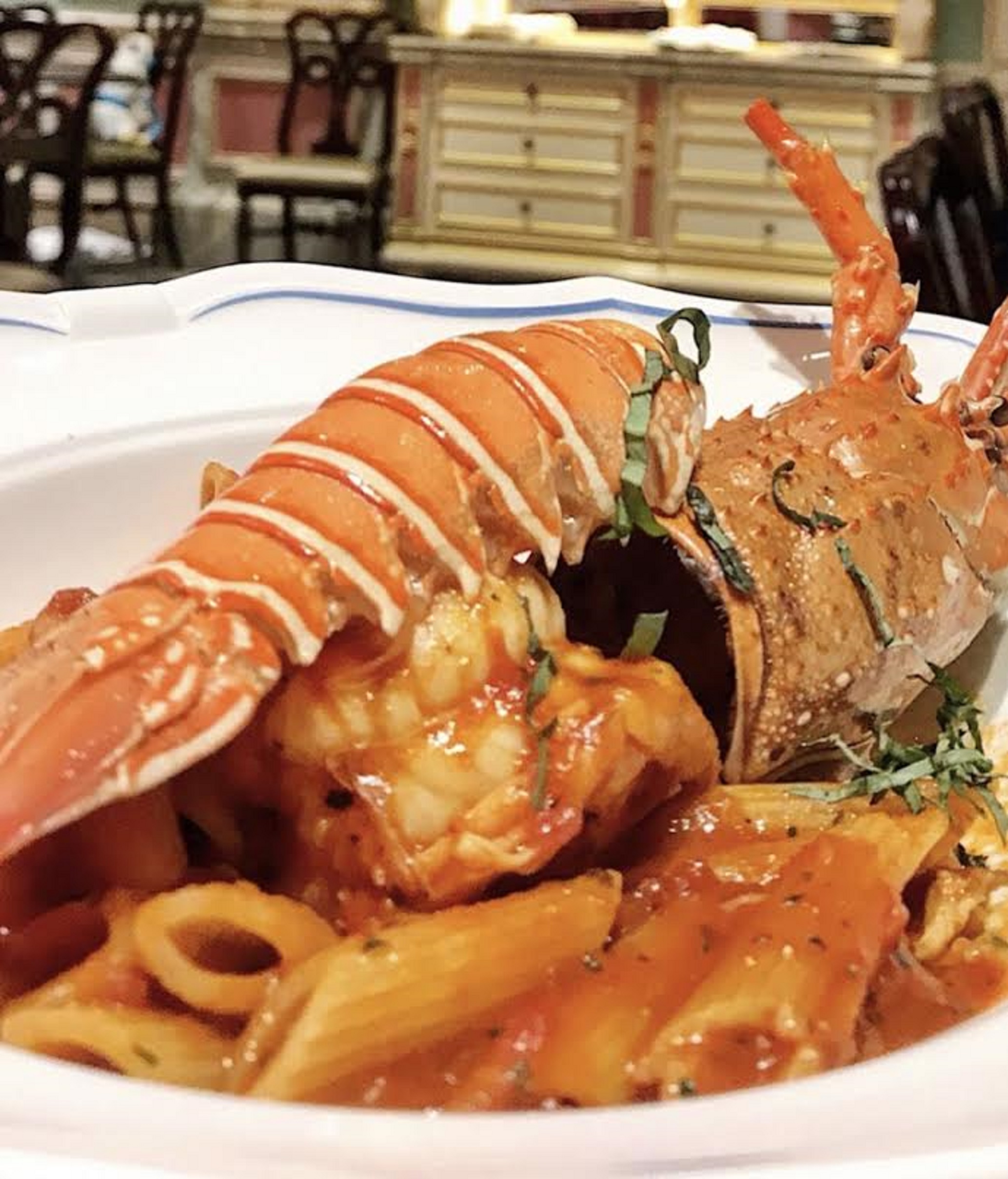 Pairing the wrong pasta with lobster will often cause one or the other to get “lost” in the dish ... and that’s what happened here.

Lacking any suggestion of seafood, or the accompanying shellfish, this pasta tasted like it had been paired with that same acidic sauce that had been used to make that contemptible “Chicken Parm” (reviewed yesterday).

And given that the accompanying lobster meat was way too tough and chewy, this execrable dish also scored an ignominious “F.” 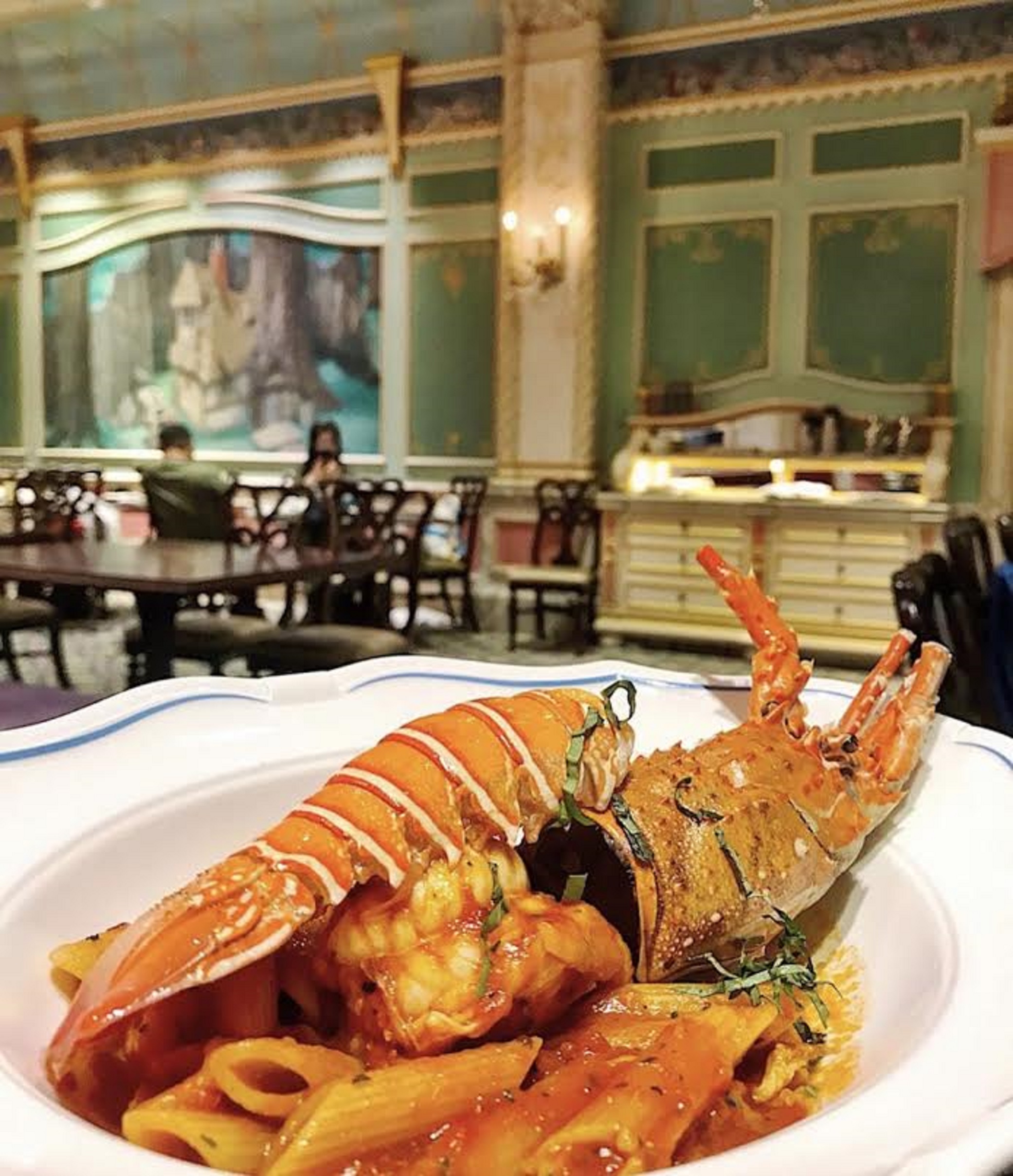