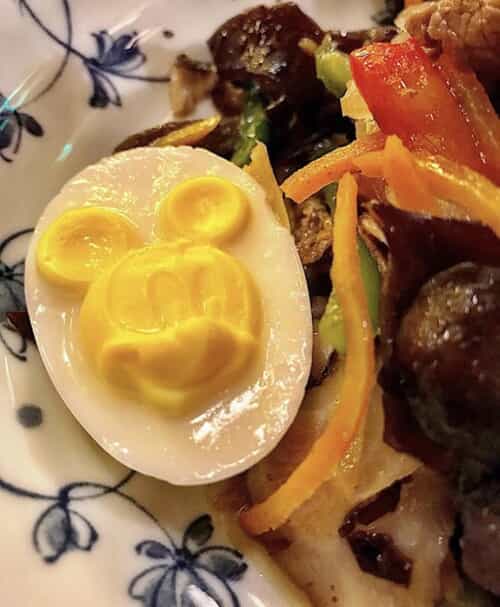 We were having a “magical” day at 上海迪士尼度假区 — Shanghai Disney Resort — which is supposedly the biggest Magic Kingdom Park ever constructed.

After spending some $5.5 billion, the park opened on June 16, 2016 to considerable fanfare ... and criticism. For even though it’s an expansive 963 acres, expect long lines and protracted wait times for the various attractions. (And don’t expect to hear any English, because all the rides and live shows are in Chinese.) 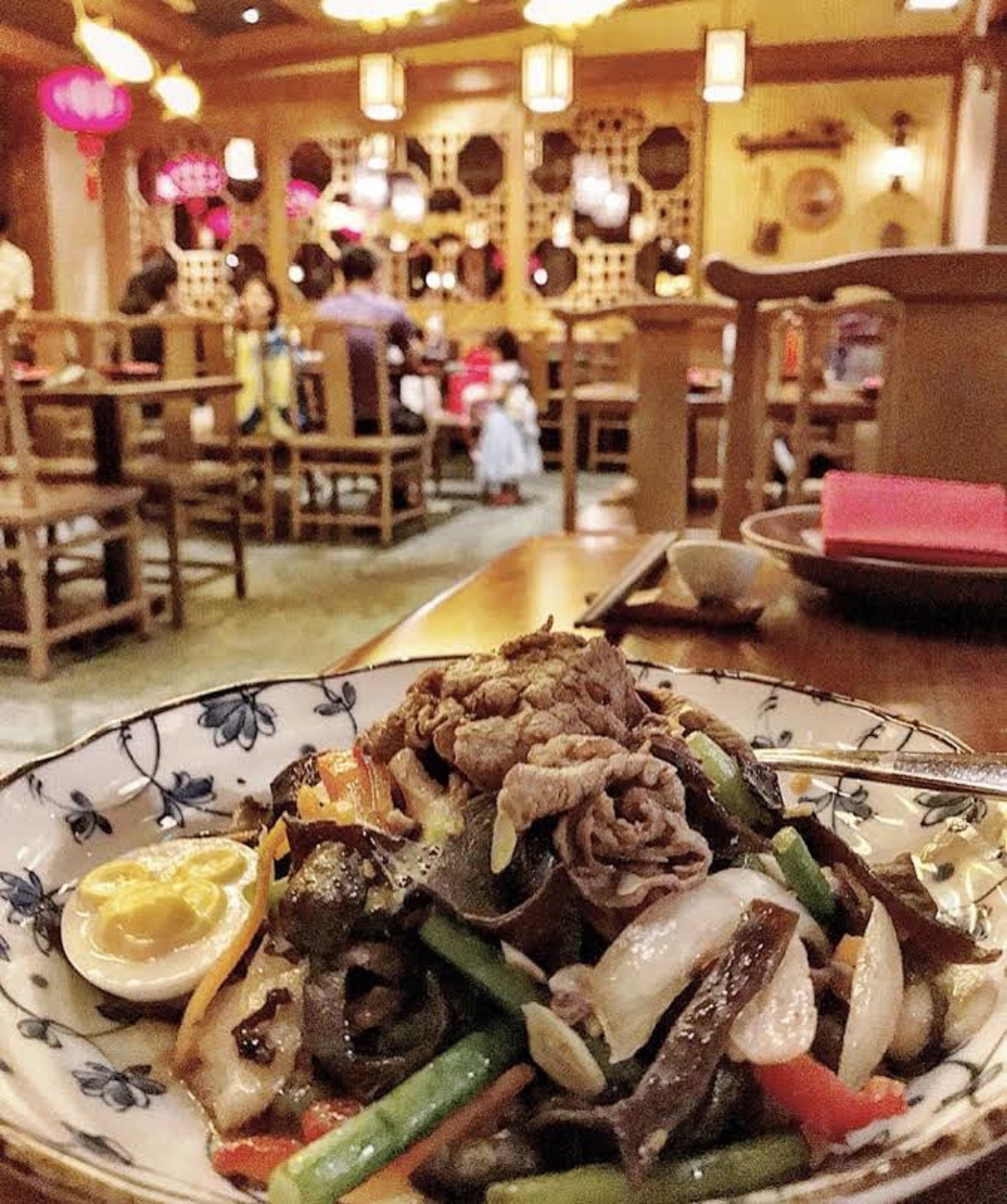 If you’re hungry, luckily there are plenty of food choices. Directly across from the “Enchanted Storybook Castle,” you’ll find the “Wandering Moon Restaurant” — which offers a “family feast for 3” at 328 CNY or about $46 (U.S.). For about $15 per person price, you get a small soup, a bowl of rice, and an entree of your choice.)

Next up was the “Mongolian Beef with Mickey Egg” which sparked some controversy, not only because the babies at the table were fighting over the Mickey egg, but because the dish isn’t really “Mongolian,” or authentically Asian. (It’s supposedly a recipe that was whipped up in the United States.)

And while the sliced beef (usually flank steak) is mixed with onion, and offered a delicious sweet and salty flavor from all the dark brown sugar and soy, points were lost because some found the meat a bit tough and stringy, but it still ended up with a pretty generous “B-.”

[Again, given that we were in an amusement park ... in China ... we all thought this was yet another admirable effort (and a pretty good value).] 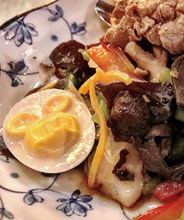