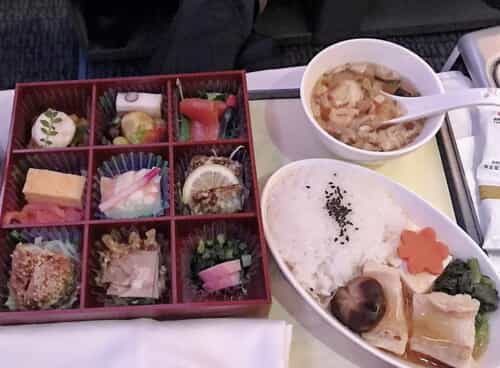 Hollywood Squares was once a popular game show that featured celebrities seated in a set of nine open cubes — three levels high by three squares wide. (The stars would help contestants answer questions so that the players could earn cash and prizes by winning rounds of “tic-tac-toe.”)

In some respects, it felt like we were on a game show when we were served this meal on an Air China flight from Tokyo to Shanghai. (We were at a loss to figure out what most of these items were.)

At first glance, we found the tray colorful and visually appealing, and were impressed with the quantity of food. But when we asked our flight attendant what we were eating, all she could tell us (as she struggled with her English) was that this was a “fish dish.” (At that moment, we could have used some assistance from Paul Lynde, Vincent Price, or even Charo, as no menu or written description was supplied — which isn’t the greatest thing for those of us with food sensitivities or dietary restrictions.) 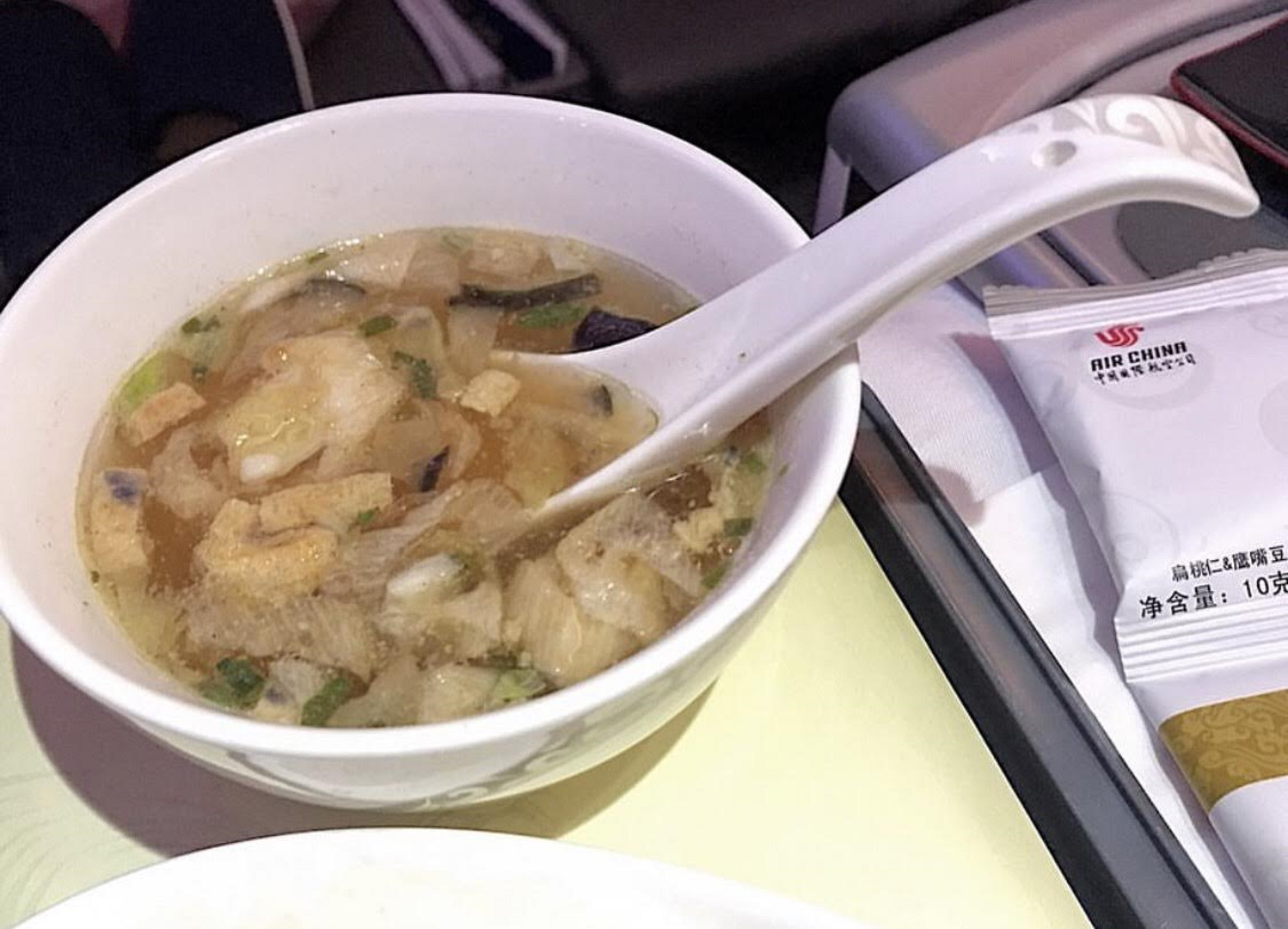 Even putting all that aside, the items in our Bento Box, like the shrimp (center square), and the clam (center right), were frozen solid, and just weren’t edible. And because we found the accompanying soup to be over salted, the rice overcooked, and the “white fish” chunks emitted the foulest of odors, we rated this stinky dish an “F.”

(While it certainly allowed for some nice photos, and kept us occupied as we chatted about its elements and score over the course our 3.5 hour flight, the contents of this tray weren’t good for much else.) 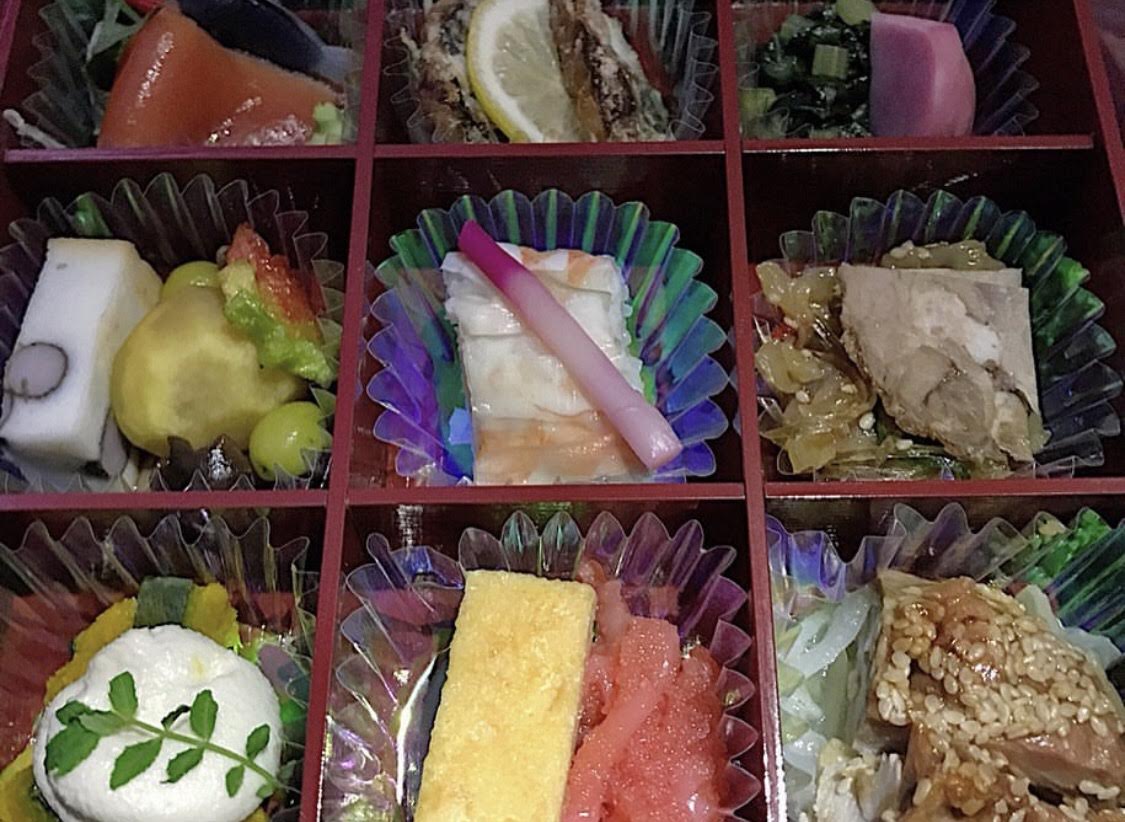