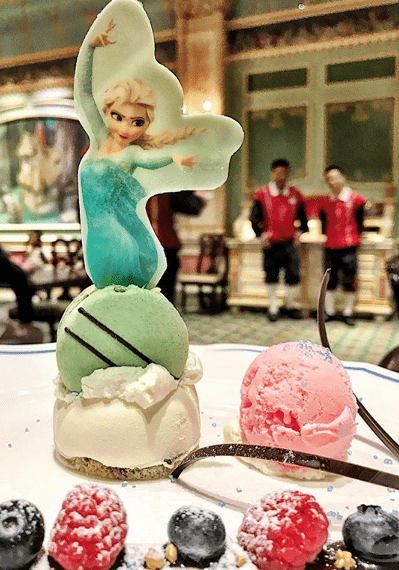 Finally, for dessert, we went with “Spring-like,” and “Elsa’s White Chocolate Dome with Strawberry Ice-cream” — which both came with no other descriptions or explanations.

You’d think we’d get better than subpar cafeteria food at one of Disney’s “higher-end” restaurants. After all, we were dining at the “Royal Banquet Hall,” in the Enchanted Storybook Castle at Shanghai Disneyland Park (China). And we were paying 388 CNY, or about $55 (U.S.), per person (before all the extras), for that privilege. But think again! 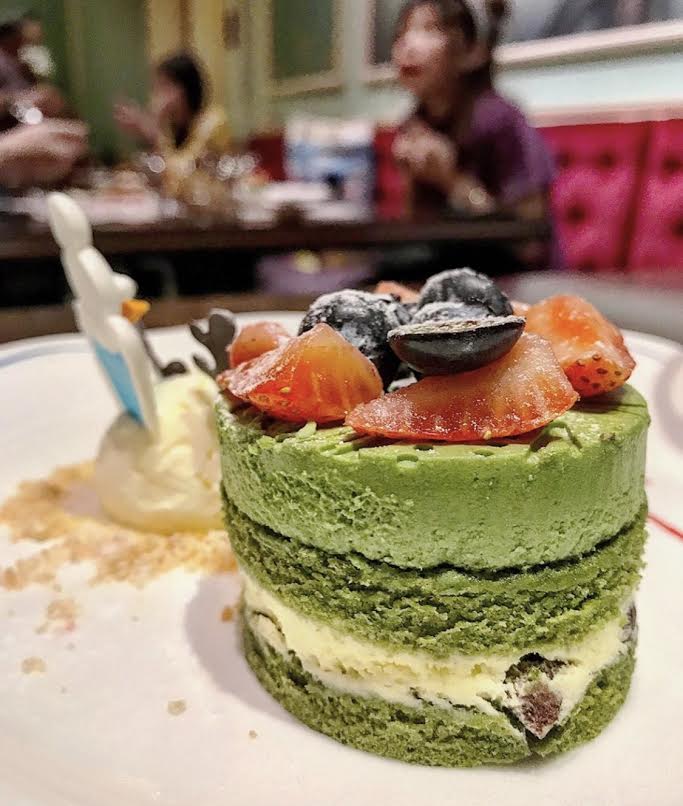 The green thing you see pictured here was supposed to be some sort of “Green Tea Powder,” or “Matcha,” with a layer of some unidentifiable cream. Suffice it to say, the texture was more dry and bready, than cakey, and the taste was akin to dried grass, or hay. (Yes, it was a dessert only “Mister Ed” — or some other horse — could love.)

And while we believe the round, “domey” things we received (one topped with a stale macaron and a drab chocolate Elsa) were supposed to be ice cream, they tasted more like compacted sand; lacking any richness, creaminess, or moisture to which humans are accustomed.

The pseudo-scientists in our midst chalked the grittiness to “lactose sugar crystallization.” Whatever the excuse, or explanation, because we found these items to be completely worthless — totally excrementitious — we rated these putrid desserts a resounding “F.” 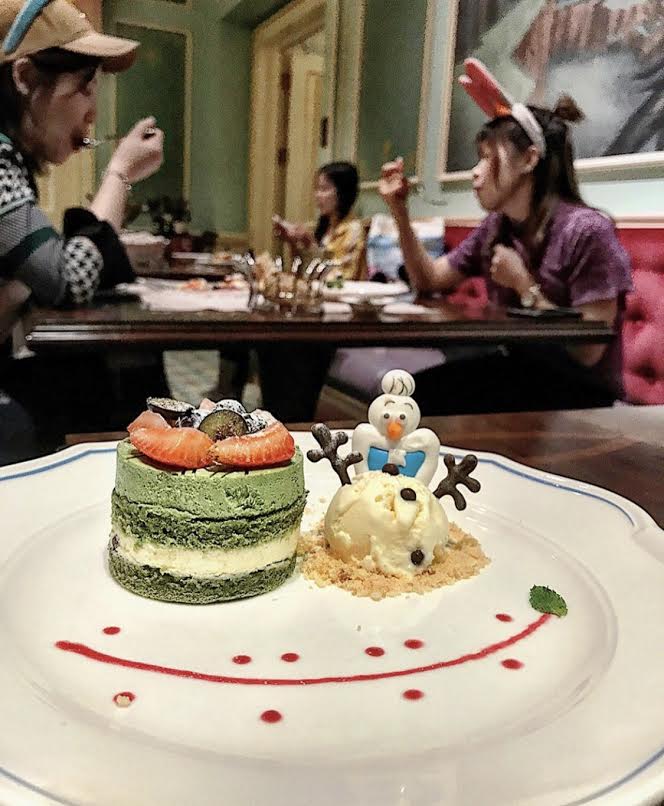 [While on the topic of crystallization, I’m certain that if Mr. Disney caught wind of this nonsense, he’d insist upon being disconnected from his cryo-chamber, forthwith!] 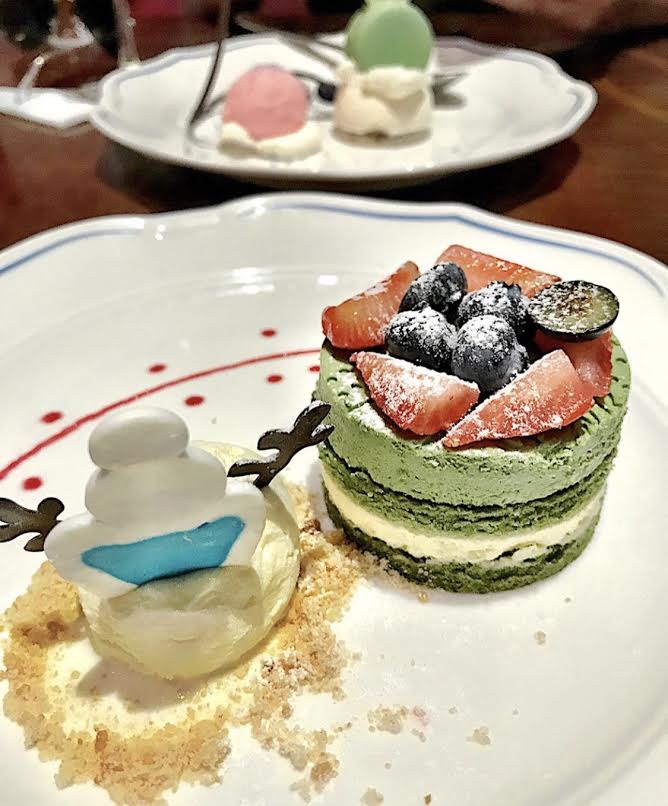