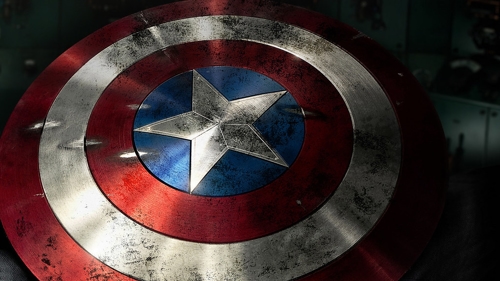 Pollical campaigns are getting weirder by the minute.

Ben Kallos, an Upper East Side New York City Councilperson, is running for Manhattan Borough President. Trying to cash in on the Marvel superhero popularity, he decided to dress as "Captain America" while campaigning, and circulated a “Superhero Alert” -- which included a photo of him in a full costume dressed as the "Super Soldier."

“In all seriousness, while Captain America was pretty busy fighting Hydra, sleeper agents, Loki, Ultron, and Thanos, Ben’s been fighting for everyday New Yorkers,” reads the alert. “He’s taken on corruption by forcing politicians to give up outside income, won campaign finance reforms, and stood up to billionaires building supertalls for other billionaires that would leave the rest of us in their shadow.”

Although some might consider this a saavy political ploy, Kallos immediately received a cease-and-desist letter from Marvel Comics, according to Patch. Marvel specifically demanded that he stop campaigning as their character.

Marvel’s deputy chief counsel Eli Bard wrote, "While Marvel appreciates your obvious affection for our properties and welcome your support as a fan," he continued, "we ask that our characters not be used for political purposes."

Kallos tweeted the letter to his followers and claimed to have gotten “a kick out of it.”

A “kick” out of copyright infringement and using someone else’s intellectual property, without permission? How villainous!

“Maybe, as a form of restorative justice, Mr. Kallos will help combat those infringers who unabashedly troll Times Square,” commented Lucas A. Ferrara, a partner of Newman Ferrara LLP. “It’s disgraceful that those ‘tip solicitors’ are permitted to violate copyrights, and to harass and bully unsuspecting tourists, without any repercussions. That should also stop," he added.