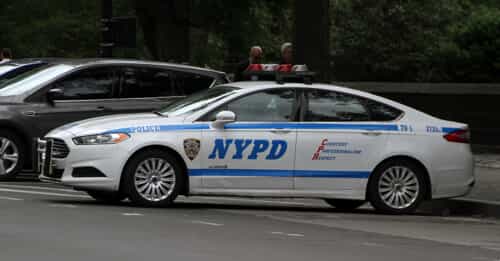 According to a press release issued by NYC Mayor Bill de Blasio, “One in five New Yorkers suffers from a mental health condition.” It is such a significant concern, that the City has initiated a $37 million program to “deal with mental health emergencies.”

“This will be the first-time mental health professionals will be a part of the City’s response to 911,” The New York Post recently reported.

Among other initiatives, a “Behavioral Health Unit” will be created as a backup team, or as the Mayor’s Office now puts it, a “Co-Response Team,” which will consist of two officers and one mental health clinician, who will respond to any emergency calls regarding mentally impaired or challenged individuals.

Members of the NYPD are extremely skeptical about the success of this endeavor, with a source advising the Post that, “Some innocent person is going to die real soon with this program.”

In the past, when the officers were called to address people with mental challenges, officers would refer to them as “EDPs,” or “emotionally disturbed persons.” Part of this new plan calls for ending the use of that term. Apparently, some cops are baffled by that restriction, as one NYPD source questioned what “difference does it make what we call them? It’s the same thing.”

Another source wondered how the City would enforce the terminology “ban,” as it’s been a code word used for decades. “Enough with the Kumbaya. How about taking care of the main problem, which is a lack of mental-health care?,” said another NYPD source.

“The cynical response of some NYPD sources shows there is a long way to go educating members of the police department, and changing some of their attitudes about mental illness,” said Debra Cohen, Co-Chair of Newman Ferrara’s Civil Rights Group.

The City does, however, have a $1 billion plan focused specifically on mental illness through its ThriveNYC initiative. That program is geared to assist lower-income mothers who have developed symptoms of depression after pregnancy, the 230,000 NYC veterans who live with PTSD, as well as the 35% of men and women in homeless shelters who suffer from severe mental illness. But even that effort has its share of skeptics.

“ThriveNYC spreads resources too thin,” the City-Journal reports. “Instead of hiring more social workers, psychiatrists, and psychologists, the initiative focuses on drawing non-mental-health providers into the behavioral-health system.”

Randolph McLaughlin, Pace University Law School Professor and co-Chair of Newman Ferrara’s Civil Rights Group, added, “This is a major step forward for the NYPD. However, to save the lives of officers and those experiencing mental health crises the new protocols need to be expanded to all precincts not just two in Manhattan and the Bronx.”

Should you have a question about a Civil Rights matter, please reach out to a member of our Civil Rights Group at 212-619-5400