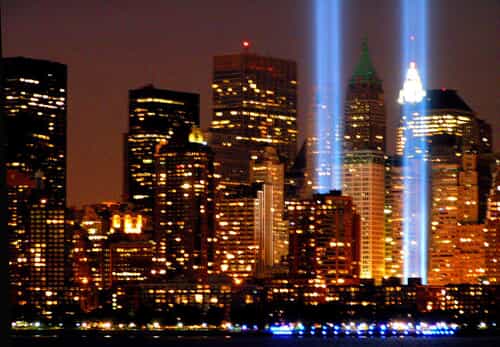 Since 2014, the “9/11 Memorial Museum” at “Ground Zero” has overshadowed the “9/11 Tribute Museum,” a smaller non-profit located at 92 Greenwich Street, which opened its doors in 2006, some eight years earlier.   Sadly, according to media reports, the older non-profit is on the verge of shutting down, according to a recent report that appeared in Crain’s New York.

“Before the 9/11 Memorial Museum opened five years ago to critical acclaim and throngs of visitors, the 9/11 Tribute Museum established a destination near Ground Zero at a time when the wounds of the attacks were still fresh; offering historical artifacts, education and personal accounts of the event,” reads Crain’s.

Founded by Lee Ilepi, who lost his dad  -- a NYC firefighter -- when the towers collapsed, the older museum was situated in a local bodega, which had “provided meals and provisions to thousands of rescue workers that descended on the site in the aftermath.”  Success forced Ilepi to upgrade to a larger facility, and to relocate just a few blocks south of the World Trade Center.

Sadly, the real estate firm that owns the Tribute Museum building, has announced that the property is on the market for some $30 million.

Its newer and larger competitor to the north, offers an array of exhibits -- such as on the hunt for Osama Bin Laden, the construction of the Twin Towers, and the rebirth of the newest skyscraper – and state-of-the-art features that has made it a top visitor destination in Manhattan.

As of this post, it's unclear whether the Tribute Museum will close or reopen in a new location.