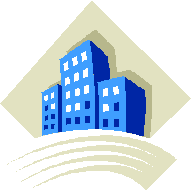 Earlier today, thousands of New Yorkers boarded buses headed to the state capitol, to encourage lawmakers to bolster current rent regulations, which are currently up for renewal next month.

A package of nine bills, which would expand tenants' rights not only in New York City, but across the state, aims to close existing loopholes for landlords. Tenant advocates argue that, preferential rent hikes, vacancy decontrol, eviction bonuses, and major capital improvements, are all practices which have contributed to the net loss of rent-regulated units over the last few decades.

But many are hopeful that stronger protections are in sight, since New York’s State Senate is now under Democratic control, after 10 years of Republicans stymying efforts to implement many robust tenant protections.

“There is a sense that this is a big moment of opportunity to change some stuff that should have changed a really long time ago if it wasn’t for the power of the real estate lobby,” said Benjamin Dulchin, the executive director of the Association for Neighborhood & Housing Development, in an interview with the New York Times.

Meanwhile, landlords have also been pushing back, claiming that the proposed legislation could be detrimental to the real-estate industry.

Some landlords affirm that this cadre of bills will put them into financial hardship. They argue that utility bills and property taxes have only continued to rise and, that as a consequence, many small-time landlords may be forced to sell their properties and may no longer be able to afford needed renovations.

In hopes of swaying public opinion on the matter, the Real Estate Board of New York (“REBNY”) has launched a series of TV campaigns, featuring an array of New York property owners. They explain how Albany’s rent proposals could hurt tenants and landlords, big and small, alike.

In one commercial, a father and son duo, Chris and Peter Anthineos, share their fear of how these new reforms could “cripple” their multifamily properties in Brooklyn.

“We take pride in making sure our tenants have a good home, but it’s not cheap. Right now the laws make sure we can maintain the building, but still keep rents affordable. If Albany gets rid of these laws, we won’t be able to invest in the building in the way we do now” says Chris. Adding that, “We may have to sell.”

While it is premature to determine what bills may pass, many housing activists and landlords, are convinced that the state rent laws will be revised due to the Senate’s recent blue wave.

To view some of REBNY’s ads, click on the link below: https://twitter.com /rentreformNYC