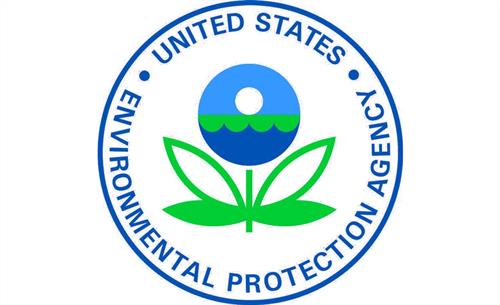 NEW YORK (May 29, 2019) - Today, the U.S. Environmental Protection Agency (EPA) announced that it is proposing to add two sites to the Superfund National Priorities List (NPL) where releases of contamination pose human health and environmental risks. The Arsenic Mine Site in Kent, New York, which includes the location of a former arsenic mine, is one of the sites proposed to the NPL.

The NPL includes the nation’s most serious uncontrolled or abandoned releases of contamination. The list serves as the basis for prioritizing EPA Superfund cleanup funding and enforcement actions. Only releases at sites included on the NPL are eligible to receive federal funding for long-term, permanent cleanup.

“Proposing to add these sites to the National Priorities List is an important first step toward protecting the health and environment of the affected communities,” said EPA Administrator Andrew Wheeler. “Under President Trump, we have elevated our focus on the Superfund program, and we are making tremendous progress accelerating cleanups and returning sites to safe and productive use. In Fiscal Year 2018, EPA deleted all or part of 22 sites from the National Priorities List, the largest number of deletions in one year since Fiscal Year 2005.”

“EPA has been taking action at this site to protect people’s health by reducing their exposure to arsenic contamination, even as we move forward with proposing the site for the Superfund list. The listing will give us authorities to address contamination at the site in the long run that we wouldn’t otherwise have,” said EPA Regional Administrator Pete Lopez. “In order to better denote the risk posed by the site, we asked the health experts at the Agency for Toxic Substances and Disease Registry and the New York State Department of Health to lend their expertise, and they recently issued a Health Advisory and a Health Consultation that was the final piece needed for EPA to propose this site to the NPL.”

The former mine that is part of the Arsenic Mine Site was operated from the mid-1800s through approximately 1918 to extract arsenic ore for manufacturing products such as pesticides, pharmaceuticals and chemicals. Decades later, portions of the site were subdivided for residential housing, and arsenic contaminated soils are found on the 10 residential properties surrounding the historic mine entrance area.

In the short-term, to reduce the potential for local residents’ exposure to elevated levels of arsenic in the soil, EPA is currently installing barriers to contaminated soil in high-use areas, implementing measures to reduce arsenic migration inside residences and removing or replacing contaminated soil at the affected properties used for gardening, pets and livestock. The specific measures vary by property.

The New York State Department of Environmental Conservation supports inclusion of the site to the Superfund list.

About the EPA’s national Superfund program:

While EPA may find contamination during its own investigations, EPA typically initiates Superfund involvement because states, tribes or citizens ask for the agency’s help.

Community partnerships are critical to Superfund site cleanups. EPA’s goal is to involve community partners in the cleanup process at every site, including exploring future site uses, thereby giving EPA the best chance of transforming the site into a productive community resource.

Superfund cleanups provide health and economic benefits to communities. The program is credited for significant reductions in birth defects and blood-lead levels among children living near sites, and research has shown residential property values increase up to 24% within 3 miles of sites after cleanup.

Redeveloped Superfund sites can generate a great deal of economic activity. Thanks to Superfund cleanups, previously blighted properties are now being used for a wide range of purposes, including retail businesses, office space, public parks, residences, warehouses, and solar power generation. At 529 Superfund sites returned to productive use, 8,600 businesses operate and 195,000 employees earn more than $13 billion in annual income.