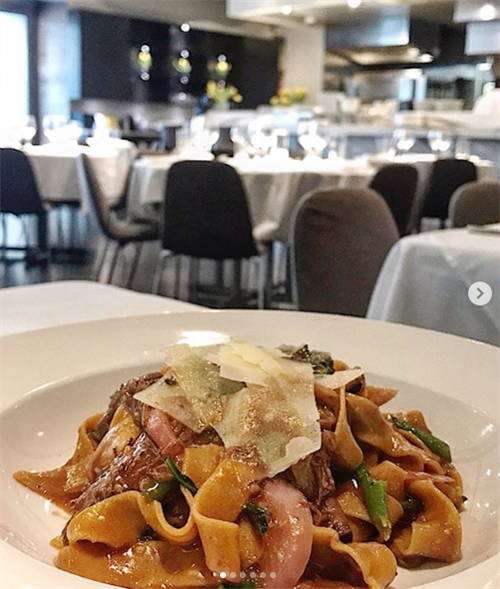 Some six years ago, MC Kitchen was among the first fine-dining establishments to open in the newly revitalized Miami Design District.

Offering “modern Italian cuisine,” under the watchful eye of Chef Victor Toro, the kitchen continues to pride itself on its use of “seasonal organic ingredients, house-cured meats and sausages, as well as homemade cheeses and fresh pastas.”

Since we had a yen for some pasta with protein, we settled on the “Pumpkin Papardelle” — braised short rib, broccolini, calabrian chili pickled onions, black truffle pecorino ($28)

There’s nothing earthier than a fresh pumpkin pasta noodle enhanced by a deep meaty flavor. And because we thought the ingredients were well integrated, and that the chili offered a nice kick, this dish scored a pretty respectable “B.”

Points were lost because of the puny portion size, the hefty $28 asking price, the miserly allotment of beef, and, the slightly overcooked texture of the pasta. 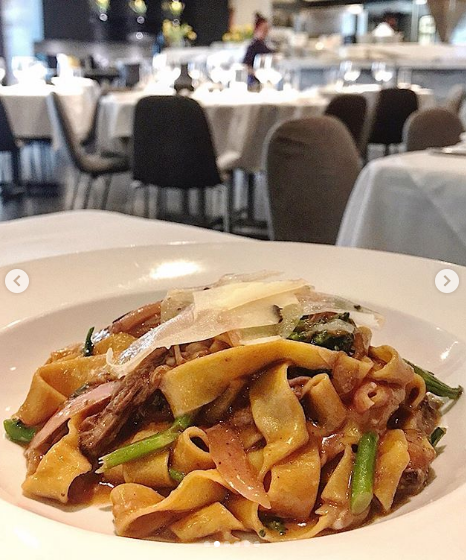 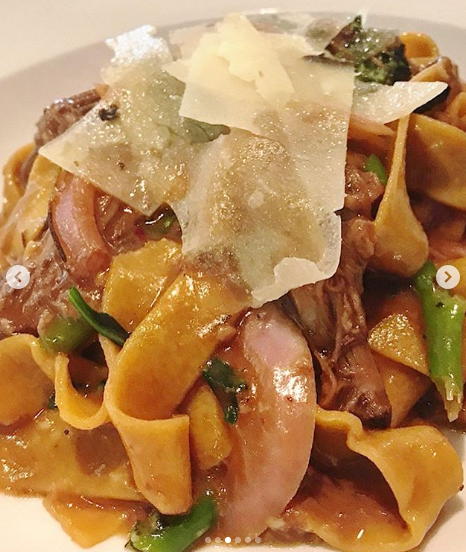 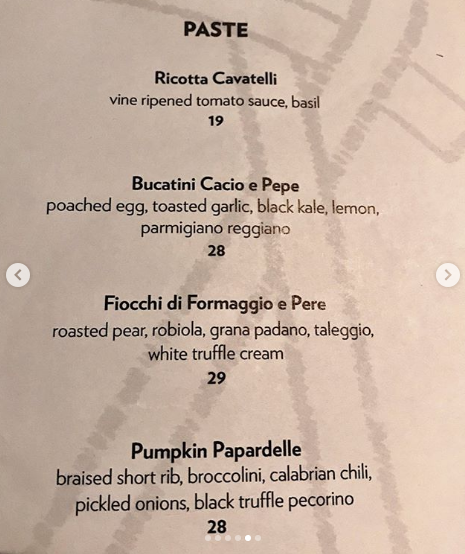 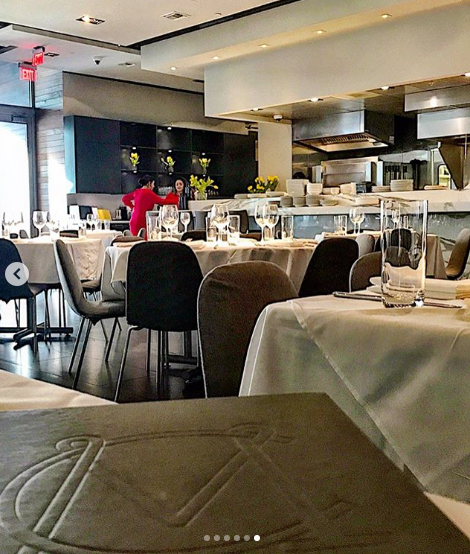