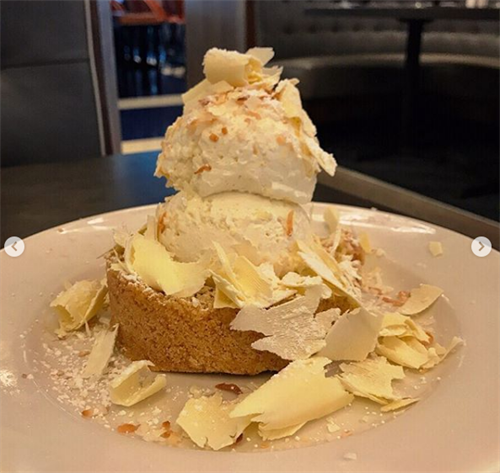 As we were walking along Las Olas Blvd in Fort Lauderdale, we randomly decided to visit Del Frisco’s Grille — which has some 24 locations throughout the country.

Even though we had already experienced a few misses that afternoon, because our waitress claimed it was the restaurant’s “most popular” dessert, we decided to live dangerously, and ended our meal with “COCONUT CREAM PIE” — white chocolate shavings (1660 calories; $11.50).

But, alas, we found this dish monotonous tasting as it was monochromatic.

The custardy pie was topped with two scoops of a dense whipped cream, and, amazingly, it all lacked sufficient depth and sweetness. It just was.

And given what it was, (a flavorless clump of empty calories and artery-clogging cholesterol), we assigned this murderous dish an “F.” 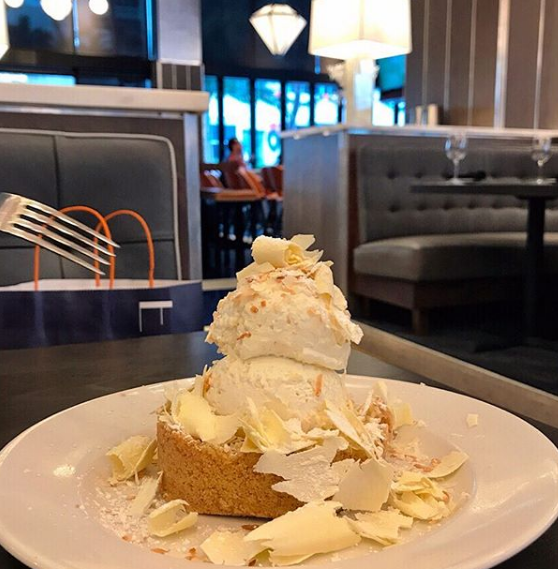 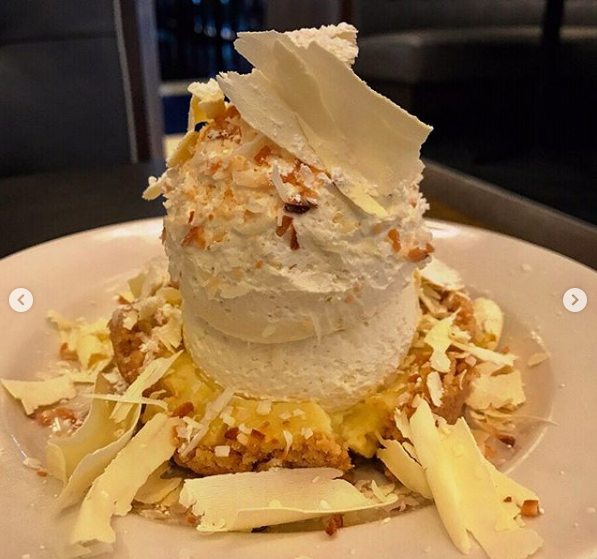 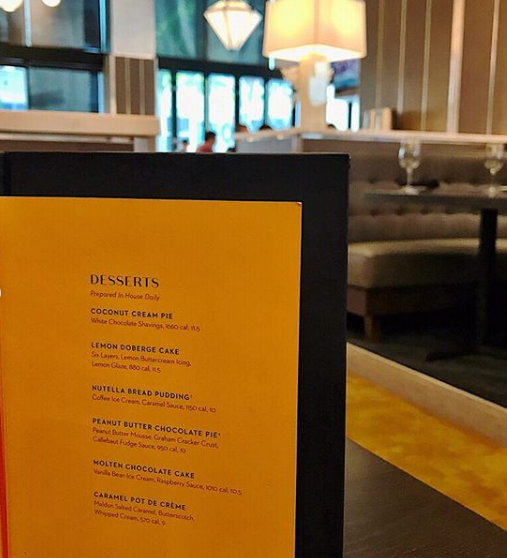