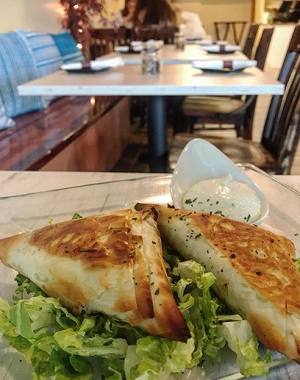 A friend suggested that we visit a simple, little, unassuming, “hole in the wall,” known as “YiaYia’s Greek Kitchen” over at West Atlantic Blvd, in Margate.

We started our meal with a “Spanakopita,” (Greek: σπανακόπιτα) — commonly known as a “spinach pie” — made with spinach, feta cheese, onions, eggs, and seasoning, wrapped in a phyllo or filo (a very thin unleavened dough), topped with butter or olive oil, and baked until crisp.

Over the years, we have tried countless variations of this dish, and have often found the preparation to be gritty and unpleasantly dry. But not at YiaYia’s.

While the wrapping was a bit too flaky and could have used a little more moisture, because the filling was incredibly savory and delicious, this $7 dish scored a truly commendable “A-.” 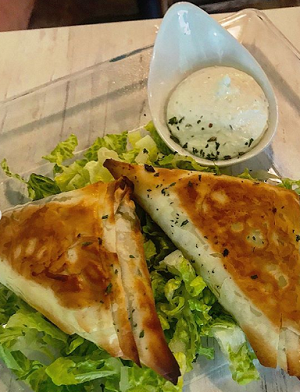 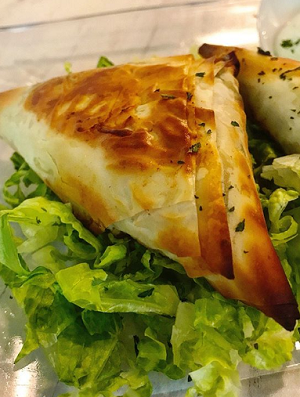 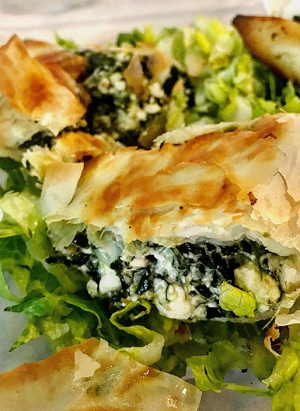