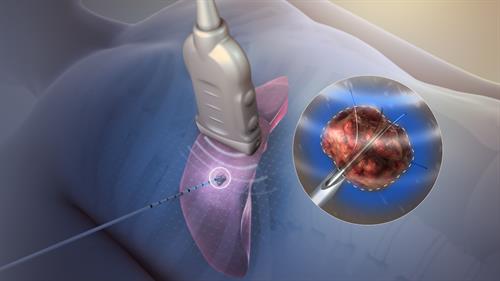 The therapy waves have been shown to destroy liver tumors without removing them or damaging healthy cells.

For those worried about the possible effects of radiation, Boris Pasche, chair of cancer biology and director of the Comprehensive Cancer Center at Wake Forest Baptist, noted: “Our study showed that the radiofrequency delivered was at low and safe levels," Pasche said. “It was actually lower than those generated by holding a cell phone close to the ear."

The treatment uses a special device invented by TheraBionic, a German medical device company, which is able to identify tumor-specific modulation frequencies.

Doctors are then able to activate a calcium channel on the surface of the tumor cells by inserting a needle into the tumor through the skin.

"Our team found it was the influx of calcium that stopped the growth of HCC cells and shrunk, and in some cases eliminated, the tumors. This effect was the same even if the cancer had metastasized to other parts of the body,” Pasche said.

While already approved for use in many European countries, the treatment is currently being reviewed by the FDA and is seen as an effective technique for patients with a small tumor or when surgery is not a viable option.

The clinical study also noted that the treatment is being examined for use with breast cancer patients.

To read the original story, follow the link below: https://newsroom.wakehealth.edu/News-Releases/2019/05/Radio-wave-Therapy-Proves-Effective-Against-Liver-Cancer-Cells