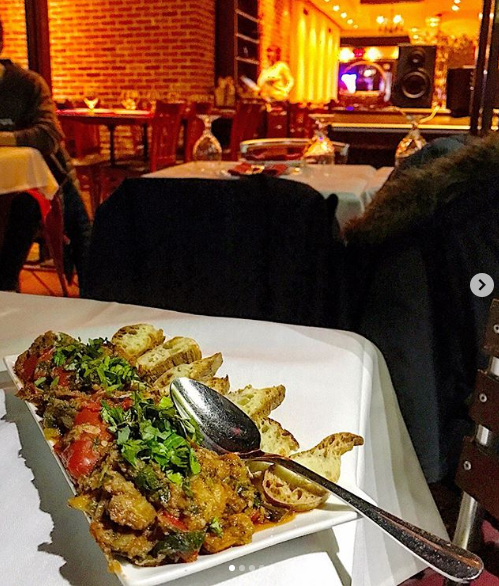 Fearing I would get them banned from their favorite eating spots, some NYC friends and I chartered unknown territory, and eventually found ourselves at “Old Tbilisi Garden” — one of a handful of Manhattan restaurants offering “authentic Georgian cuisine.”

For you Marvel groupies, this place (which is located at 174 Bleecker) is only steps away from Dr. Strange’s Sanctum Sanctorum — a private residence said to have been constructed upon the site of Native American rituals, ”pagan sacrifices,” and, which is a purported focal point for supernatural energy.

We should have channeled some of that energy when our waitress suggested the “Ajapsandali” (Georgian: აჯაფსანდალი) — grilled eggplant, bell peppers, zucchini, garlic, onion, with seasoned Georgian herbs ($18).

This ratatouille-like (vegetarian) dish was so mushy and oily that one of my guests thought it would have better suited as a pasta sauce. And he was right. (It was lacking substance.)

Because the combination of ingredients didn’t gel for most of us, a “C” was its ultimate score. 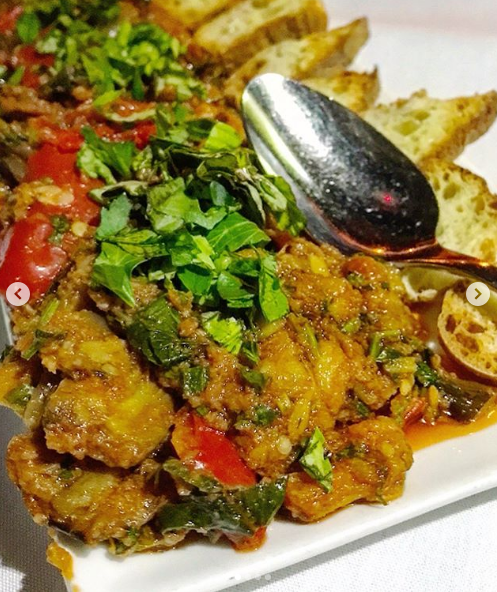 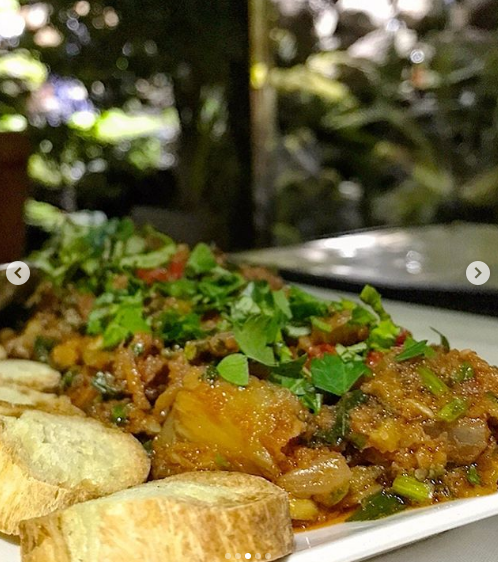 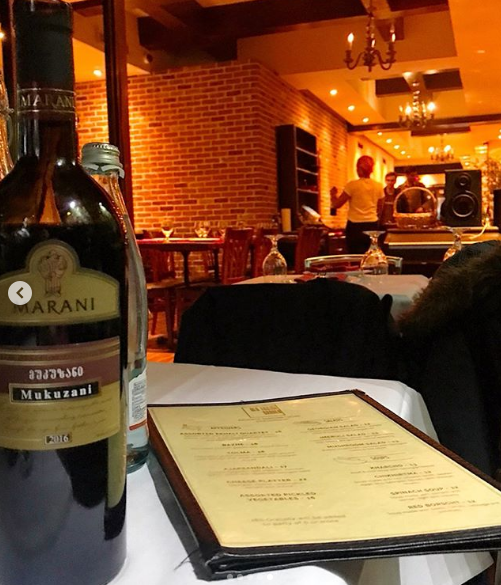