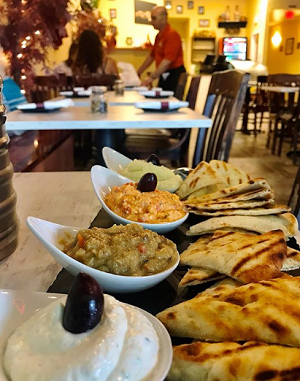 Are you an Hellenophile?

A friend suggested that we visit a simple, little, unassuming, “hole in the wall,” known as “YiaYia’s Greek Kitchen” over at West Atlantic Blvd, in Margate.

Our waiter strongly recommended the “Pikilia” — which the menu described as a “sample platter of Tzaziki, Tarama, Tryokafteri and Scordalia with grilled pita and Kalamata Olives” ($15).

While we thought the tzaziki (yogurt) and the tirokafteri (feta with hot/roasted peppers) were creamy and delicious, we didn’t get a tarama (fish roe spread), as advertised. In its place, we received a watery baba ghanoush (mashed eggplant). And because the skordalia (garlic purée) lacked adequate “bulkiness,” we found it too liquidy, as well.

Significant points were lost because we HATE unannounced substitutions, and were displeased with 2 out of the 4 drips, yet, the dish stilled managed to score an extremely generous “B-.”

[That the pita was plentiful was a big plus. (With increasing frequency, more restaurants are “chintzing out” on the bread and are charging customers for additional servings.)] 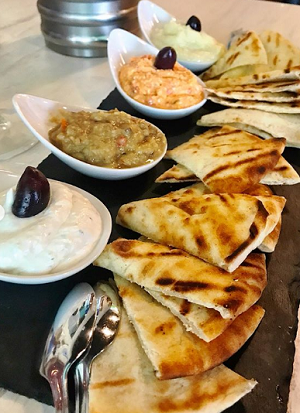 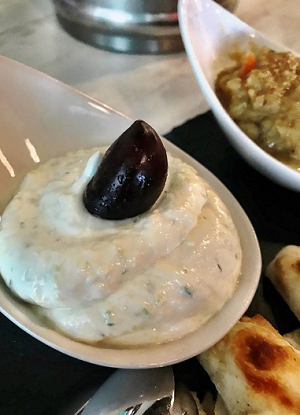 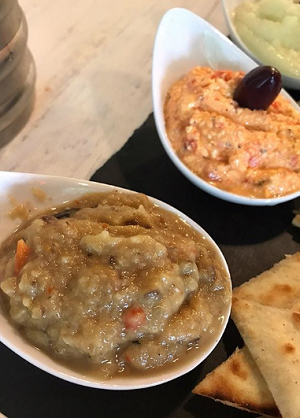 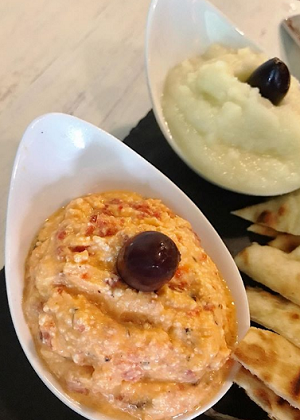