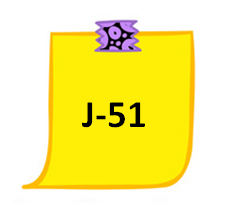 Two tenants in Astoria sued the Mycak family’s company Vermyck LLC last year over accusations of violating the J-51 program by not giving them a rent-stabilized lease when they moved into the building, Real Deal Reported.

The landlords were receiving tax benefits under the J-51 program while at the same time due to former de-regulatory rules, the apartments were no longer rent stabilized.

The class action lawsuit will consist of all tenants who live or lived in apartments that were deregulated while the owners were still receiving J-51 tax benefits on the property, according to court documents.

“This decision sends a clear message that the court will not tolerate any more of this landlord’s nonsense, and we’re pleased that these tenants are one step closer to receiving the relief to which they are rightfully entitled: rent stabilized leases and hundreds of thousands of dollars in rent refunds,” the plaintiffs’ attorney Lucas Ferrara said in a statement.

Richard Walsh, attorney for the Mycaks, responded by saying “does not mean the plaintiffs are correct” and that the court “never addressed our argument that the default formula was also a penalty and the plaintiffs had to waive it to achieve class action status.”

The Mycaks, Katz Realty Group and Constance Nugent-Miller are the three landlords suing New York City and a state agency over the strict new rent laws the state passed in June. They claim it violates the Constitution’s Fifth and Fourteenth Amendments, Real Deal reported.

Lawmakers had reached a deal in June on a number of reforms to the current laws, which affect about one million regulated apartments in New York City, and repackaged them into one bill dubbed the Housing Stability and Tenant Protection Act of 2019.

Some of the key elements of the laws include: Rent regulations extended so they won’t expire like they have every four to eight years for decades,  vacancy decontrol, or when a unit is removed from rent-stabilization because the monthly price hits a certain threshold, currently $2,774.76, and it becomes vacant, has been repealed,  and If an owner has given a tenant a unit at a “preferential rent,” a price below the legal regulated rent, he or she will no longer be able to raise the rent to the full legal limit at a lease renewal. AM NY reported in detail on the new laws.

An investigation by the Housing Rights Initiative led to the lawsuit.

“It’s highly ironic that the landlord accused of flouting the old rent laws is now suing to challenge the new ones,” HRI executive director Aaron Carr said in a statement. “This victory couldn’t be more timely”, as was reported by the Real Deal.

The Rent Stabilization Association and the Community Housing Improvement Program are spearheading the suit. RSA president Joe Strasburg previously told The Real Deal he was not bothered that the Mycaks were both a plaintiff in a lawsuit over the new rent laws and a defendant in a lawsuit over the old rent laws.