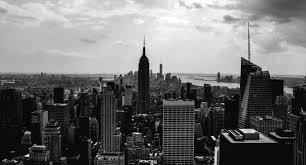 Over a month has passed since state lawmakers drastically amended New York’s rent laws, and landlords are already stirring the pot.

Seven property-owners, and two landlord advocacy groups, namely the Rent Stabilization Association (RSA), and Community Housing Improvement Program (CHIP), who purportedly represent over 28,000 landlords, filed a complaint in federal court against the City of New York, the Rent Guidelines Board, the commissioner of New York State Division of Housing and Community Renewal, and a host of others.

The suit claims that the new rent regulations violate the 14th Amendment’s due process clause and the takings clause of the Fifth Amendment, which provides that “private property [shall not] be taken for public use without just compensation.”

Joseph Strasburg, President of the RSA told the NYT in an interview that: “We’re going into the court system clearly with an eye of getting to the [United States] Supreme Court.” He added, “And we recognize that this is a long journey.”

While the road to the Supremes may indeed be bumpy, the suit has been fast-tracked because of a ruling last month (Knick v. Township of Scott) allowing plaintiffs to proceed directly to federal court when state and local governments take property without just compensation. This decision overrules 34 years of precedent, which required plaintiffs to file in state court first.

Further, pro-tenant groups have not been shy about calling the lawsuit “frivolous” and “meritless.”

“We see this meritless lawsuit for what it is, a last ditch effort to retain the disproportionate power these landlords held that allowed them to harass, displace, and unduly profit off of the most vulnerable tenants in New York,” Judith Goldiner, attorney-in-charge of the Civil Law Reform Unit at the Legal Aid Society, said in a statement.