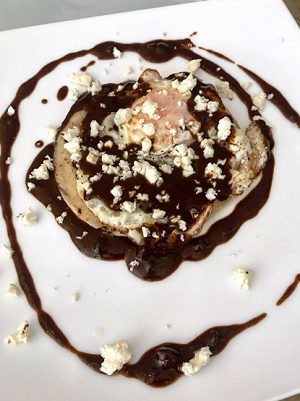 Geoffrey Chaucer is credited with coining the phrase, “All good things must come to an end.” But in addition to being long dead ... he’s just dead wrong!

While it was time for us to leave Sian Ka’an, our itinerary next required that we head three hours north to spend a couple of days in Cancun (before returning to the states). And that turned out to be the most amazing move, as we got to hang with Chef Fernanda Pratt (@fer.pratt).

Let’s just say, Chef Pratt wowed us with her culinary prowess, even during a “simple” breakfast, when she served (among other things) “Huevos Rancheros con Mole.”

Now we all know “huevos rancheros” traditionally consists of fried eggs served on a lightly fried tortilla, which is then topped with a salsa fresca (tomatoes, chili peppers, onion, and cilantro). But Chef Pratt suggested we defy tradition and go with a mole; a sauce which I always approach with considerable trepidation because of its tendency to be cloyingly sweet.

Not here. Pratt’s mole had a delicate balance. And while she promised to share her secret recipe if I tagged her, (which I just did), chicken broth is usually the base, and the sauce is typically loaded with an array of chilies, dried fruit, nuts, seeds, spices, and some shaved or powdered chocolate. (Pratt’s recipe had a muted spiciness, was slightly bittersweet, and exhibited earthy undertones which I, personally, found extremely flavorful and enjoyable.)

[And even though she’s quite shy, I was able to sneak a photo of her .... Check out the last slide. (She belongs on TV!)] 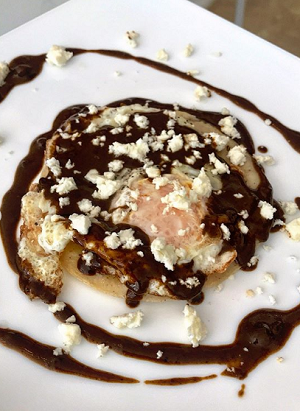 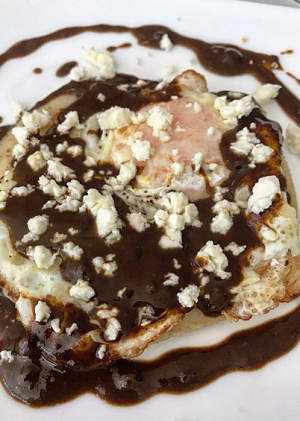 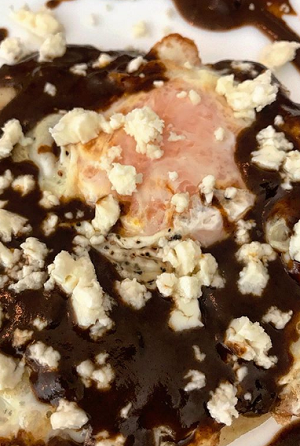