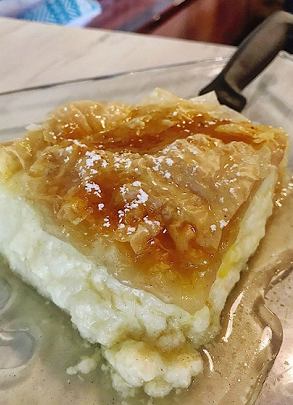 For those of you living in South Florida who are Hellenophiles, you may want to check out a simple, little, unassuming, “hole in the wall,” known as “YiaYia’s Greek Kitchen” over at West Atlantic Blvd, in Margate.

For our final course, our waiter suggested the “Galaktoboureko” — described as a “light custard baked with fresh vanilla in phyllo pastry and then soaked in honey syrup” — ($6).

This classic Greek dessert must be served the same day it is made. For once it is refrigerated, it will tend to harden and loses its velvety soft texture. But that certainly wasn’t a problem here, this creamy custard was quite tasty and fresh.

And because the light coating of sweet syrup complemented the dish, and didn’t overwhelm the porridge-type pudding, this fairly priced dessert scored a pretty respectable “B.”

[Points were lost because some found the dish somewhat monotonous, or, as a guest described it: “one-notey.” Let’s just say, a little went a long way ....] 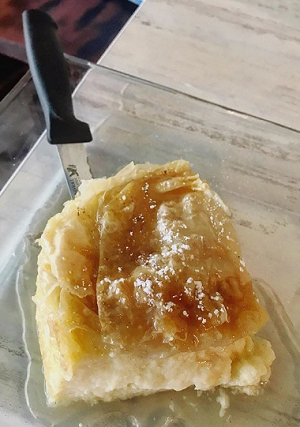 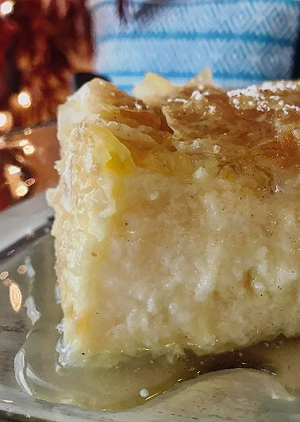