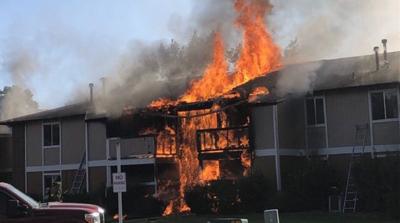 amNewYork reports that 900 NYC buildings are not compliant with the City’s sprinkler laws. Recently, a new bill was introduced “that would mandate the installation of automatic sprinkler systems in all residential buildings at least 40 feet tall by December 31, 2029 – regardless of when they were constructed.”

Failing compliance, buildings with 10 or fewer units will be fined $250 a day, while buildings with more than 25 apartments will face a $10,000-per-day fine. And, apparently, some building owners are electing to pay the $250 fine rather than install the new sprinkler system.

“Buildings Commissioner Melanie La Rocca said that buildings are inspected on a 60-day cycle and that most inspections are triggered by resident complaints that the work hasn’t been done,” noted anNewYork. “She said more inspections would be done and enforcement actions would follow – and fines would follow after December 1.”

The rules require building owners to install a mandatory standpipe (which is a water supply for sprinklers), that can cost some $300,000. Some are worried that these standpipes will cause water damage and can “impact the aesthetics” of their buildings.

A fire in 2017 killed 72 people in London, which is what sparked Councilmember Barry Grodenchik to sponsor the bill. He also referred to another instance in the Bronx where 12 were killed. These fatalities could have been prevented, he believes, if there were sprinklers in the building.

“It’s time to enforce the rules. This is not a crack in the sidewalk, this is a real concern,” said Councilmember Joe Borelli.

To view the original story, please click this link: https://www.amny.com/news/900-buildings-still-not-in-compliance-with-sprinkler-laws/

Should you require assistance with a real estate issue, please do not hesitate to contact one of our attorneys at 212-619-5400.