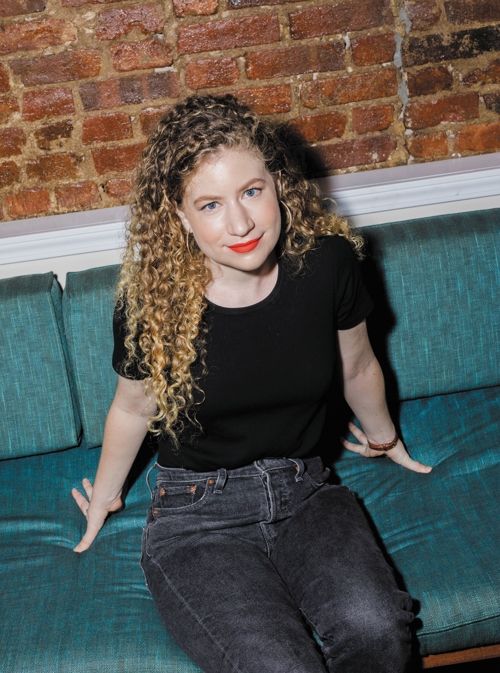 Author Rebecca Fishbein just released her first book, “Good Things Happen to People You Hate,” and we were honored to spend some exclusive, one-on-one, time with her.

Tell us about the book.

It's a collection of funny essays about my misfortunes.  It includes stories about things that haven’t gone my way -- like how I lost my job, how my apartment building caught fire, and heartbreak with dating.  Right now, I’m also a blogger.  But I’ve previously worked with a website called “Gothamist,” for a very long time, and now I write for a website called “Jezebel.”   The book is a collection of extended blog posts, and will appeal to women in their twenties and thirties who are searching for companionship.

There isn’t a lot about law, but I am the daughter of two lawyers [Fran Hoffinger & Harvey Fishbein].  And I will say, law has been a part of my life in way too many ways. I’m pretty sure that I was the only kid in my elementary school who was able to spell ‘subpoena’ and ‘indictment.’  Those were some of the first words I remember hearing at the dinner table, at a very young age.

What inspired you to write the book?

I was approached to write it. I got laid off when ‘Gothamist’ was sold and shut down by the owner because of a union dispute.  Somebody that I know, who works in the publishing industry, told me I should consider writing something. She connected me with a literary agent and an idea was formed from there. Frankly, I needed to a project while I was unemployed and looking for work.  Those were tough times, and one usually searches for any kind of ‘life preserver’ to hold onto while trying to get back on track.

It ended up working out great.

Why write about your personal experiences?

That’s a great question. I don’t really have a reason. I have read a lot of books with personal essays and there are number of great writers -- women in particular -- who have taken the genre to a new level. They’re smart and creative women who have turned their personal experiences into an entertaining read. I like those kinds of books because you can learn about other people and how they function. So I thought I’d get it a try.

Parents aside, any other lawyers in your family?

I kind of wish I had been interested in law when I was in college.  But I rejected it and got into writing, instead.   A few months ago, I had a dream that I was still in college, and I was trying to decide what career path I was going to take … and I ended up going to law school!  In my dream, I was saying to myself, ‘I’m so happy that I decided not to be a writer!  What a terrible career path that would have been!’  But then I woke up, said, ‘Oh God!’ …. And here I am. 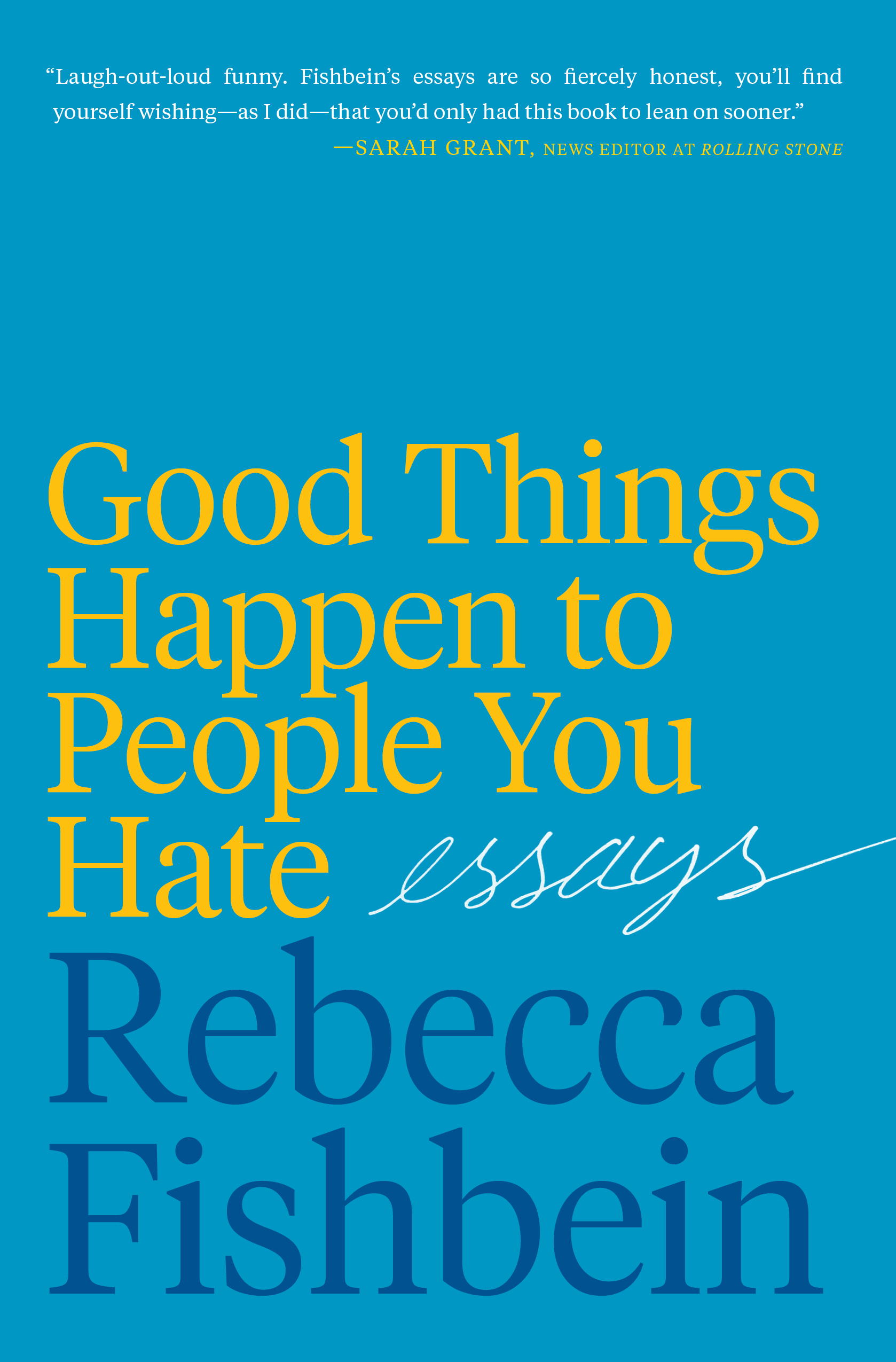 Why creative writing over the law?

I wasn’t really considering law at the time. I was interested in political speech writing because I liked politics. Again, I was so surrounded by lawyers growing up.  When I was a kid, I would have dinner with my parents, and all they would talk about was court.  When you’re young, and uninterested in law, listening to that stuff is too much to handle.  Unfortunately for me, as I got older, I found it all very interesting. When I worked at ‘Gothamist,’ I had to cover different trials and cases, which I found extremely fascinating. But back in my younger days, I wanted ... I needed ... to forge my own path.

Did your parents persuade you at all to become a lawyer?

No, not really. Every so often a family member would suggest that I consider law school, which I still may.   It rattles around in my head. I think they would be happy if I decided to go to law school, because they’ve always been extremely supportive of any passion I’ve had.  But, in my heart, I’ve always been a writer.  My mother has a whole collection of things I’ve written since the age of three.

In the first chapter of your book, you wrote about the NY City Council.  Tell us more.

I covered a lot of City Council hearings. There were a number of AirBnB related cases because the company had just come on to the scene and there were many people exploiting the system. I also was able to cover Michael Bloomberg’s soda ban, which never actually happened.  But, at the time, that was big news.

There was even this murder trial that I covered. I was wondering the whole time whether my dad was at the trial, because he spent most his time at that same courthouse. But I felt comfortable because I was familiar with the layout. I remember watching my father doing this type of stuff when I was much younger. Over the years, I’ve interviewed many bad lawyers, so I've come to appreciate my parents for being great at what they do.

Tell us about that fire in your apartment.

I have had so many apartment related disasters that I really should retain the services of a real-estate lawyer.  (Is your firm interested?)   In 2015, I was living in Greenpoint, and there were no smoke detectors in the building, and I believe it was also illegally occupied.  It was zoned for commercial, and not residential, use. But I and others lived there.   And there was a fire in the hardware store underneath us, and that ended up smoking-out my unit and destroying my neighbor’s apartment. Luckily, I had renter’s insurance.  By the way, I highly recommend that apartment dwellers get that insurance. The smoke damage from the fire was so substantial that it destroyed most of my things I cared about.

How would you compare your writing style to a lawyer’s style?

It’s a lot more ‘voicy’ than legal writing. I will say there’s an art to it, like there’s an art to creative writing.  While I haven’t done a lot, I’ve had to read a lot of legal stuff for work. And you eventually come to appreciate that wording is incredibly important, in the same way that it is for a creative work.

Creative writing is non-fiction, but you’re still trying to write a story and a narrative which I believe is like an opening or closing statements -- which both require a certain amount of creativity – and I definitely got that from my parents.

Explain the title, “Good Things Happen to People You Hate.”

That was the title of one of my essays. I was working at a clothing store and I had an extremely unpleasant encounter with a customer. I was thinking about revenge, and how it’s not always forthcoming. You eventually come to understand that no matter how angry you may be with them, good things will still happen to people you don’t like.  Seemed like a great title.

It’s about being in your twenties and living in a major city, like New York. It’s also a book about working in an industry that’s falling apart.

Let’s just say it’s an unblemished look at me … and what my life is like.