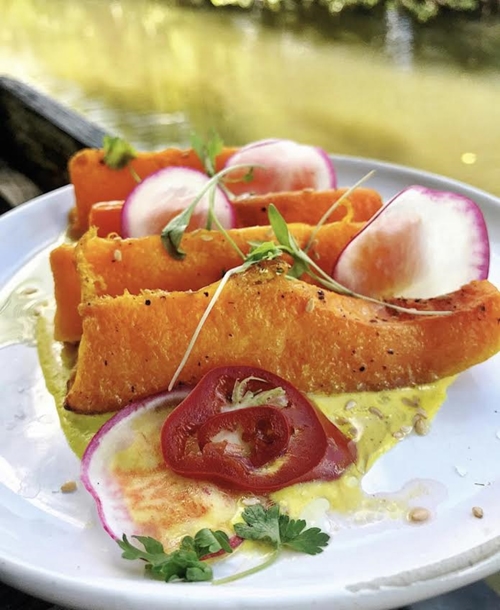 If you’re on the hunt for some “vegetarian friendly” cuisine, and happen to be in the Miami Beach area, check out “Mama Joon,” (2216 Park Avenue, Miami Beach), at the base of the Life House Hotel.

According to its website, the restaurant is a “refreshingly inviting, communal and upbeat restaurant, bar & cafe, set on the Collins Canal featuring seasonally simple veg-forward Mediterranean homestyle cuisine with influences from Lebanon, Southern Italy, and Greece.”

Impressed with its pedigree, we decided to start with the “Butternut Squash” — thyme, rosemary, garlic tahini, pickled chili ($14).

Now “cucurbita,” or “squash” (as we non-geeks like to call it), is often thought of as a vegetable but ... it’s really a “fruit” — primarily because it contains seeds and develops from the flower-producing part of a plant. (Other “fruits” include tomatoes, eggplants, avocados and cucumbers, just in case you were wondering.) 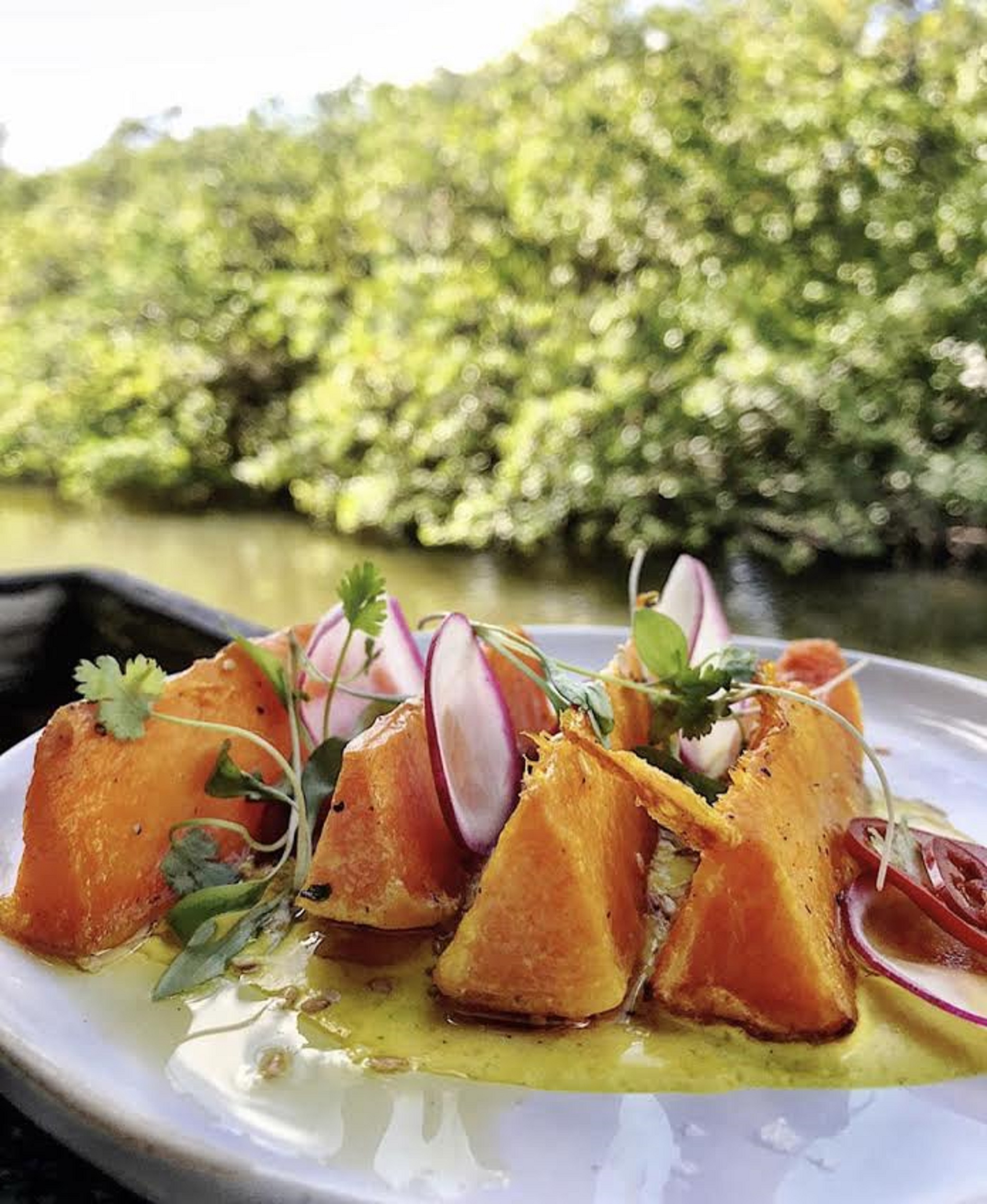 We’re fans of squash’s sweet, earthy, nutty flavors, and love the fact it doesn’t need a lot of prep to get right. All you need to do is roast, boil or steam, serve with some butter or olive oil, top with some seasonings and you’ve got yourself a pretty delicious and quite satisfying dish (if not a meal).

In addition to finding these four (4) puny pieces a bit undercooked and a little too crunchy, most took issue with the exorbitant $14 ask, particularly given the small portion size. Yet, because we enjoyed the service and the unusual atmosphere, my team was in a particularly generous mood, and scored this ditzy dish a relatively respectable “B-.” 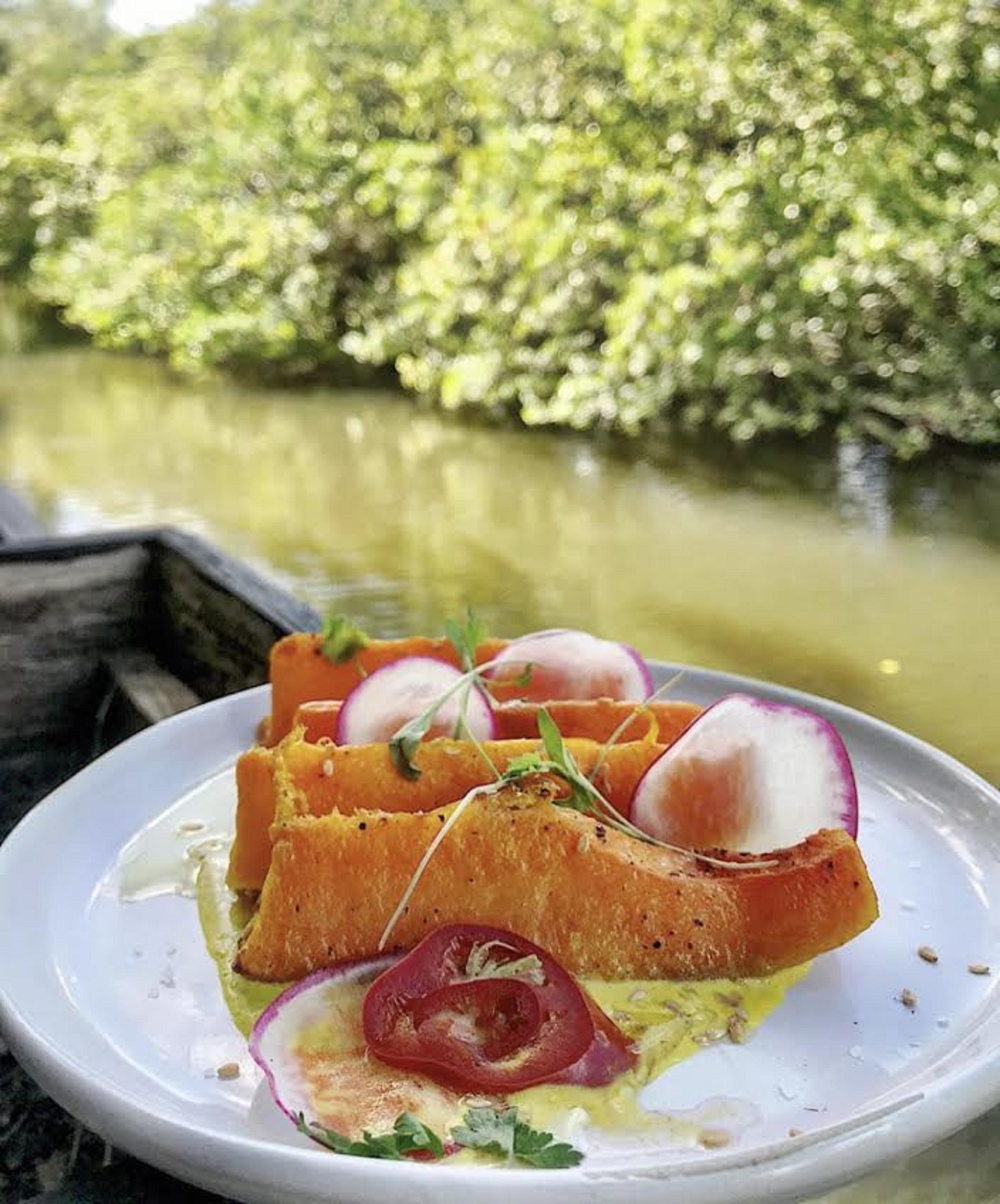