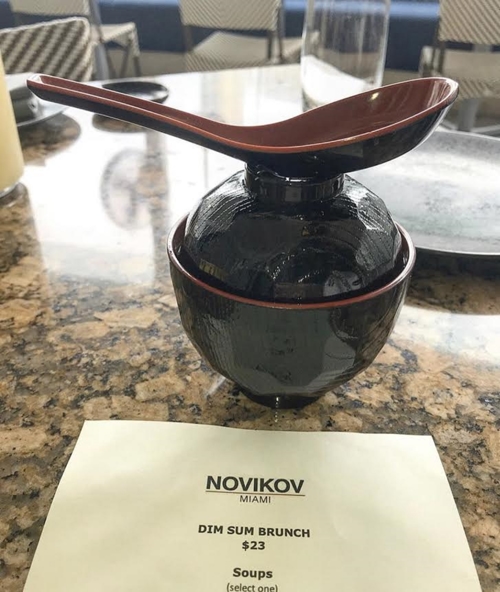 If you’re into “scenes,” (or just wish to be seen), you may want to check out all the “beautiful people” that hang at “Novikov” (300 S. Biscayne Blvd in Miami).

With outposts in London and Moscow — where celebrities like Rihanna, Leonardo DiCaprio and Prince Harry are purportedly fans of this Asian-fusion (Chinese-Japanese cuisine — chef-owner Arkady Novikov has opened his latest US eatery in the South Florida (Miami) area. 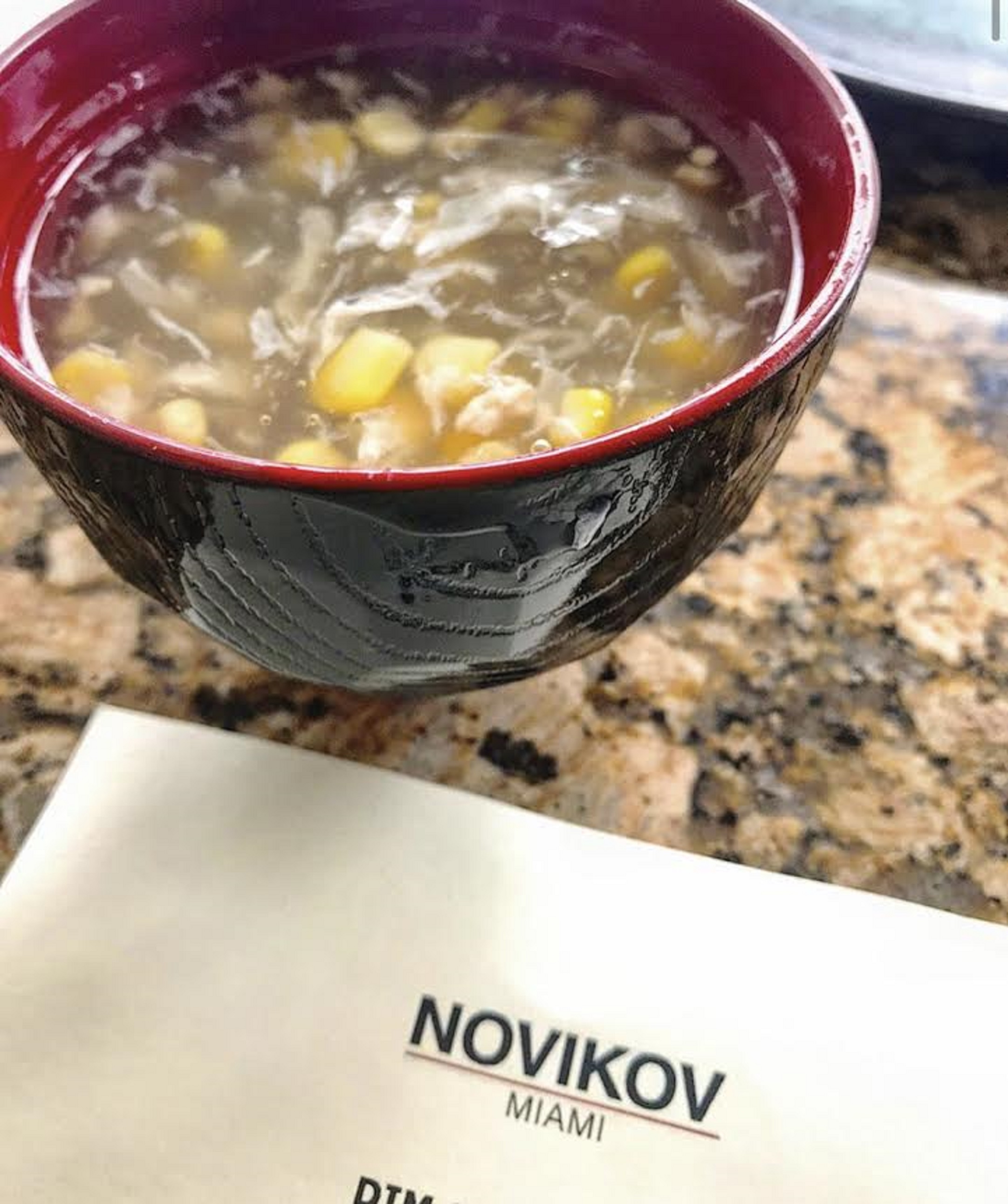 The company’s website notes, “The Asian menu is designed to impress with lavish touches, encompassing robata grill and wok dishes, along with an extensive dim sum and sushi selection.” And impressed we were, particularly with the reasonably priced $23 three-course Sunday brunch, which offers a choice of soups, dim sums and entrees.

Next up was the “Chicken & Sweet Corn.”

If you dislike corn, then this soup isn’t for you, as that is the predominant ingredient and taste feature. And if you never had this particular combination before, it’s basically egg drop soup made with extra chicken, veggies and corn.

While we would have liked to have tasted some more of the chicken (maybe some ginger and garlic), we nevertheless enjoyed this soup and scored it a pretty respectable “B.” 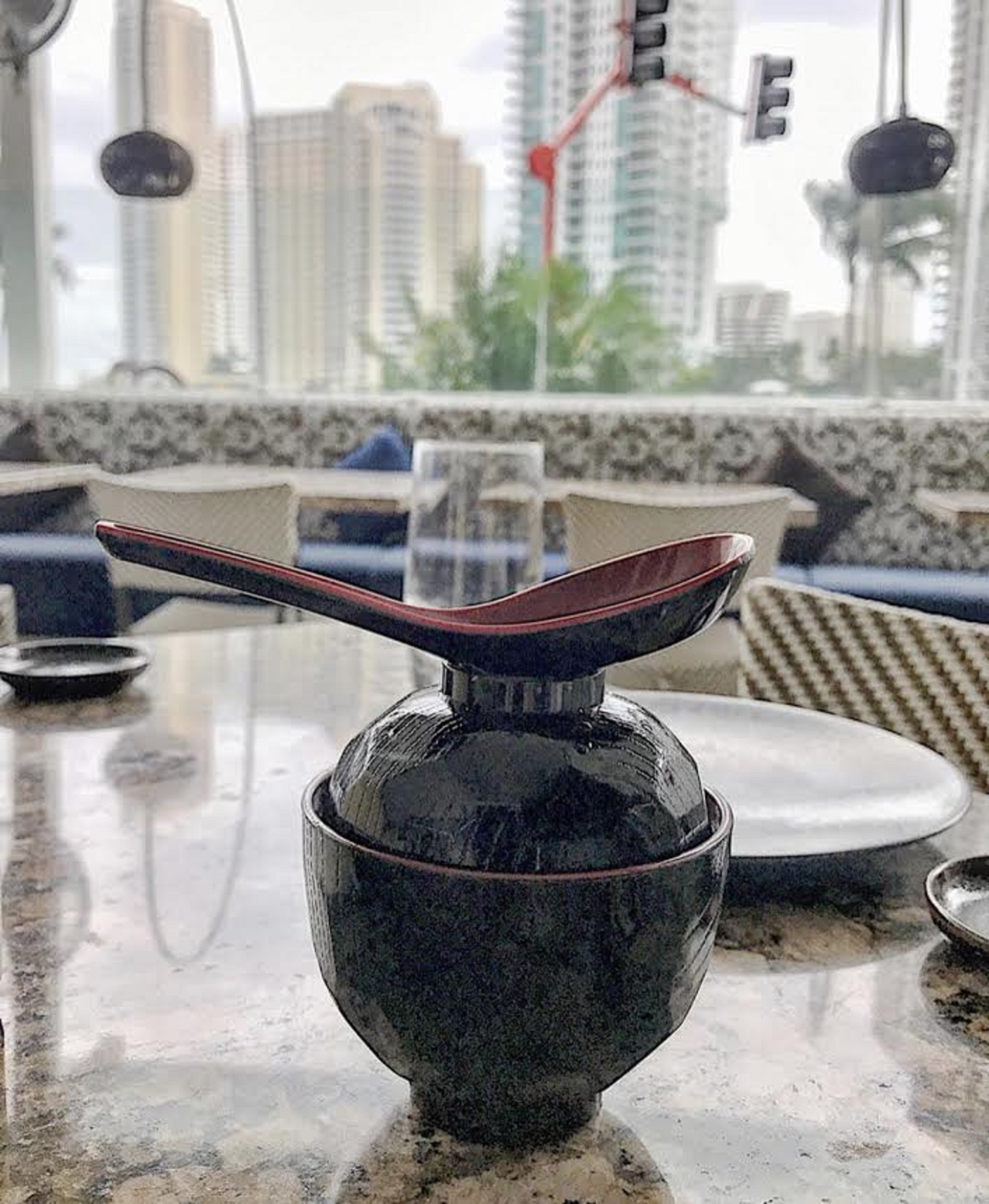