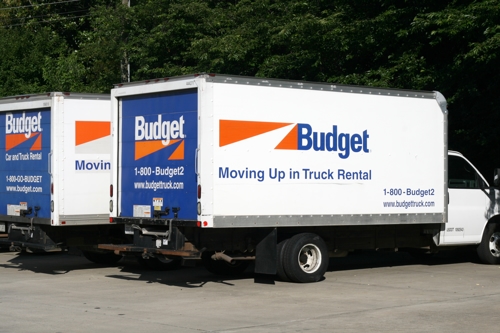 Americans were once constantly on the move … literally. As the New York Times recently reported, one-fifth of Americans moved to a different community each year in the 1950s, with many finding work in factories throughout the country. Oftentimes, those jobs were unsteady or undesirable, forcing people to relocate as other opportunities presented themselves.

The New York Times reports that only 9.8 percent of Americans have moved homes within the past year – the smallest percentage since 1947. Why the lower numbers?

As we all know too well, it’s extremely difficult to find an affordable place in Manhattan, or any large urban center for that matter. Jobs aren’t as varied, or as plentiful as they used to be, with “lower-wage” positions all paying relatively the same throughout the US. That "affordability shift” has led to less need for mobility, or has hampered it, considerably.

There was a belief that because many lost their positions at a General Motors site in Ohio, that there would be a corresponding uptick in the number of people relocating from the area. However, that wasn’t the case. The Times recounts the story of Dan Mincks, who lost his job because of the facility’s closure. And even though he had an opportunity to transfer to different states, such as Tennessee or Kentucky, he found the home prices in those locations to be too high. Mincks, only 43, elected to remain in Ohio and now aspires to be an electrician.

“We finally just decided we weren’t going to follow G.M. around. I decided to take the opportunity to do something else with my life – to learn a trade instead of just working on an assembly line,” Mincks says.