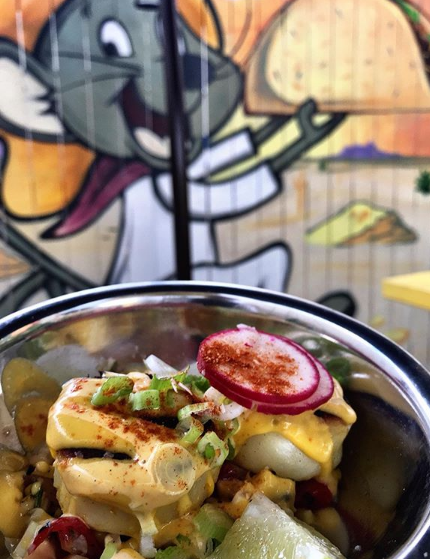 We had some pleasant surprises while dining at ”Cholo Soy Cocina,” an extremely “compact” restaurant located at 3715 South Dixie Highway, in West Palm Beach.

Because we just happened upon the place while driving along “Antique Row” — after we learned that our intended destination was closed — we didn’t know that this establishment’s owner-chef was a grand finale winner of Food Network’s “Cutthroat Kitchen.”

The man (Clay Carnes) is a true talent. But, I digress.

“Cholo,” which is Ecuadorian slang, refers to the country’s indigenous people, and also supposedly means “mixed or ghetto.”

According to the restaurant’s website, “It’s a name that reflects an authentic Andean-American food experience that begins before your first delicious bite.”

Even though most of the dishes we sampled were pretty good, our least favorite was the “Llapingachos — Potato cakes, corn salad, ají casero sauce.” $4.5

While these thick potato pancakes or patties (which are sometimes stuffed with cheese and cooked until crispy), are also frequently served with a creamy peanut sauce (which we would have preferred), the “aji casero” did little to mask the starchiness and blandness of the underlying preparation.

One of my guests correctly noted that this traditional Ecuadorian dish sometimes comes with a fried egg; which would have added some (much needed) “bounce.”

Even though it was a bit of a letdown, and scored a lowly “C,” don’t let this setback deter you from visiting this impressive place. There are some amazing things going on in that kitchen.

Once again, because the interior space is only about 600 square feet, seating tends to be sparse during prime times. So go off-hours and enjoy the other delicious dishes this chef has to offer. 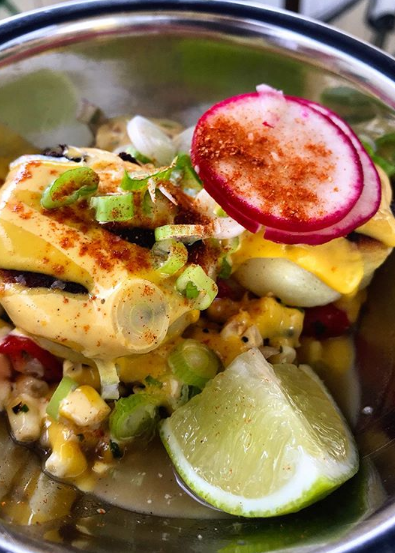 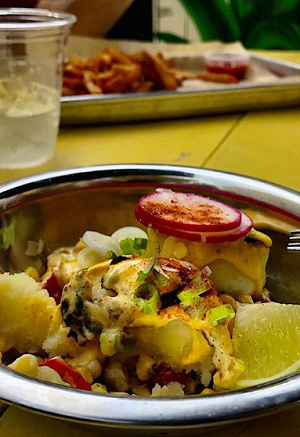 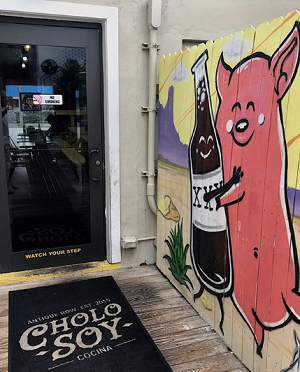