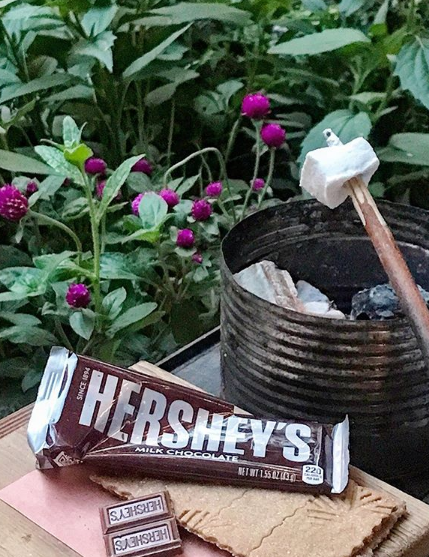 Last, and most certainly least, we decided to end our meal at “Olmsted” — a trendy, 50-seat restaurant set in the heart of Prospect Park, Brooklyn — with “S’mores.” ($20)

This popular camping favorite — believed to have originated in the 1920’s, and formerly known as a "Graham Cracker Sandwich" — typically consists of marshmallow and chocolate, sandwiched between two graham crackers.

Since Hershey’s is a mass-produced product, which tends to be one dimensional in taste, and contains artificial flavoring and chemicals, such as “PGPR” — polyglycerol polyricinoleate (glycerol and fatty acids); a cheap substitute for cocoa butter — we were disappointed that that was the chef’s choice of “chocolate.”

Why not something more artisanal, or hand-crafted; particularly for the $20 price point?

And even though the marshmallows were supposedly made in-house, they were “unimpressive.” Not only were they a bit chewy, but they weren’t particularly sweet, and thus failed to excite.

Because the dessert left much to be desired, particularly for a “Michelin rated” establishment, we scored this final dish a near-failing “C-.” (The tasty crackers were the only components that saved this dessert from an “F.”)

Yes, we were directed outdoors for this part of our meal, and all the mosquitoes and flies certainly left me in a foul mood. (Eating with an insect repellent at my side is not my idea of fine dining. See, slides 4 and 5.) 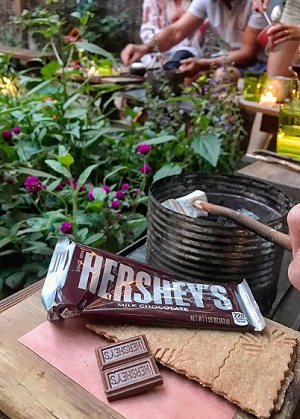 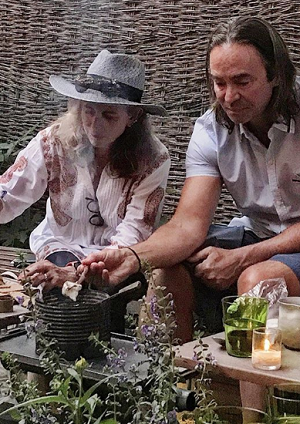