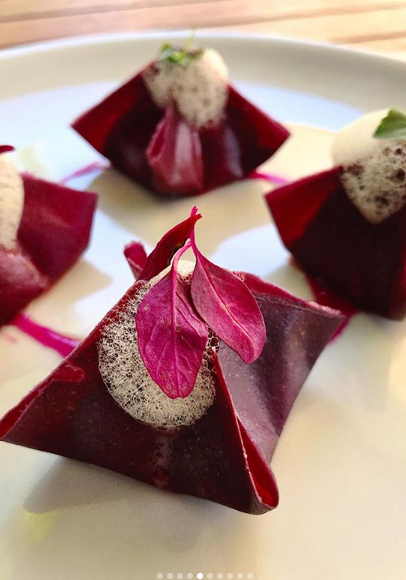 Because they are few and far between, it’s pretty difficult to come up with a good vegetarian or vegan restaurant. But we may have a find for you.

We had heard (from some IG friends) about a “vegan kosher,” “plant-empowered” place, over on NE 24th Street in Miami, called “Plant,” so we thought we’d give it a try.

Many of their offerings feature “farm-to-chef ingredients ... locally sourced from ... Paradise Farms, including specialty micro greens and 67 varieties of edible flowers.”

Our server spoke glowingly of the “Harvest Dumplings” — beet-coconut wrappers (stuffed with a kimchi, cashew, garlic cream), and topped with ginger foam ($15 for 3 pieces; $20 for 4 pieces).

While they were not the most savory dumplings we’ve ever had, they were certainly among the most visually appealing. They were a sight to behold.

And even though they were “fresh” and “clean,” we found the taste somewhat “bland,” (with the stuffing reminiscent of a “watered down cheese”). And because we thought the $5 per dumpling price-point was a bit high, this dish lost a few points, but still came in with a “B-.”

Not bad for “Plant food,” if you ask me.

On a side note, the service was truly outstanding, and the outdoor garden space had a positive “Chi” — a soothing, calming vibe — but the high cost of this restaurant’s offerings may be off-putting for some. 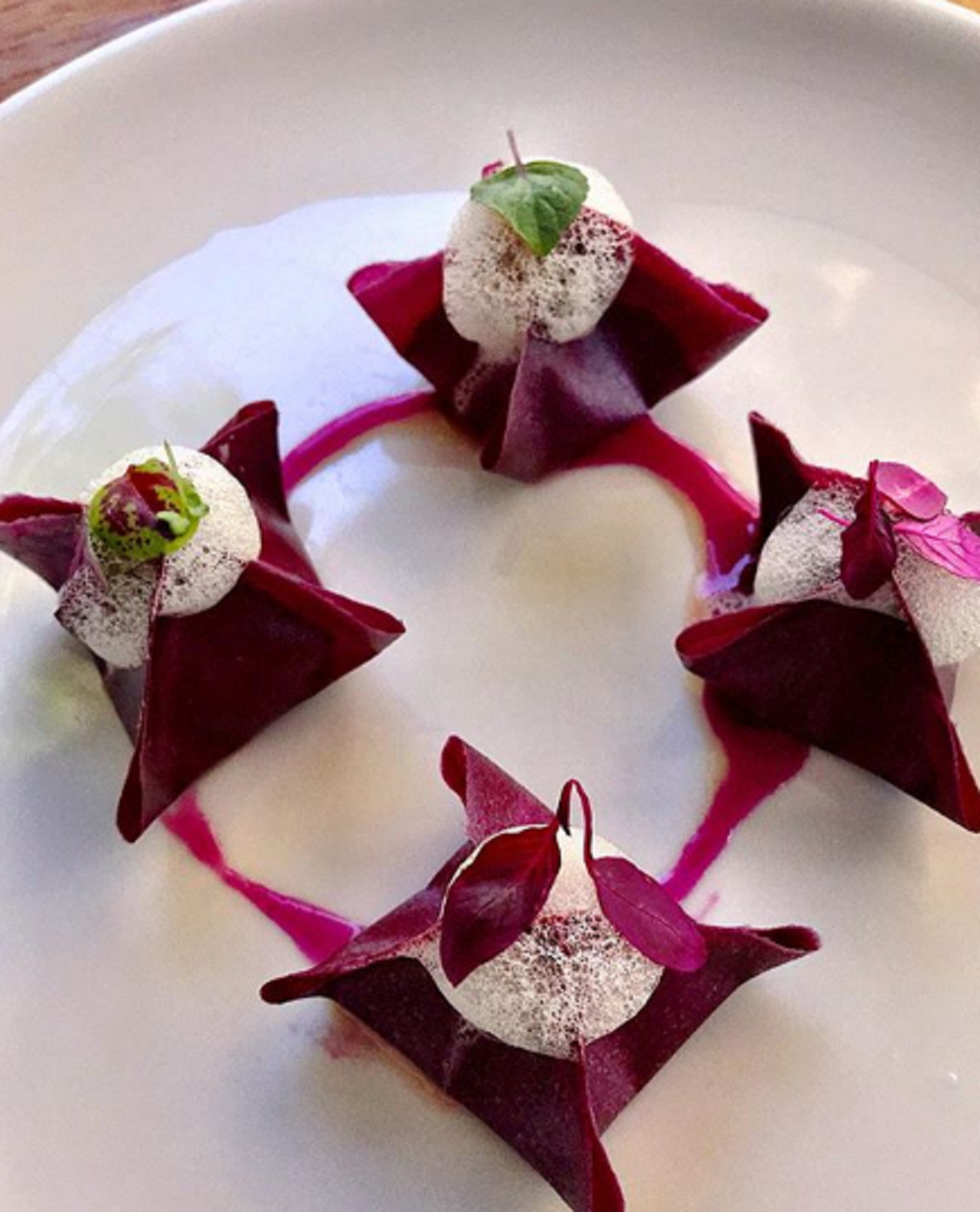 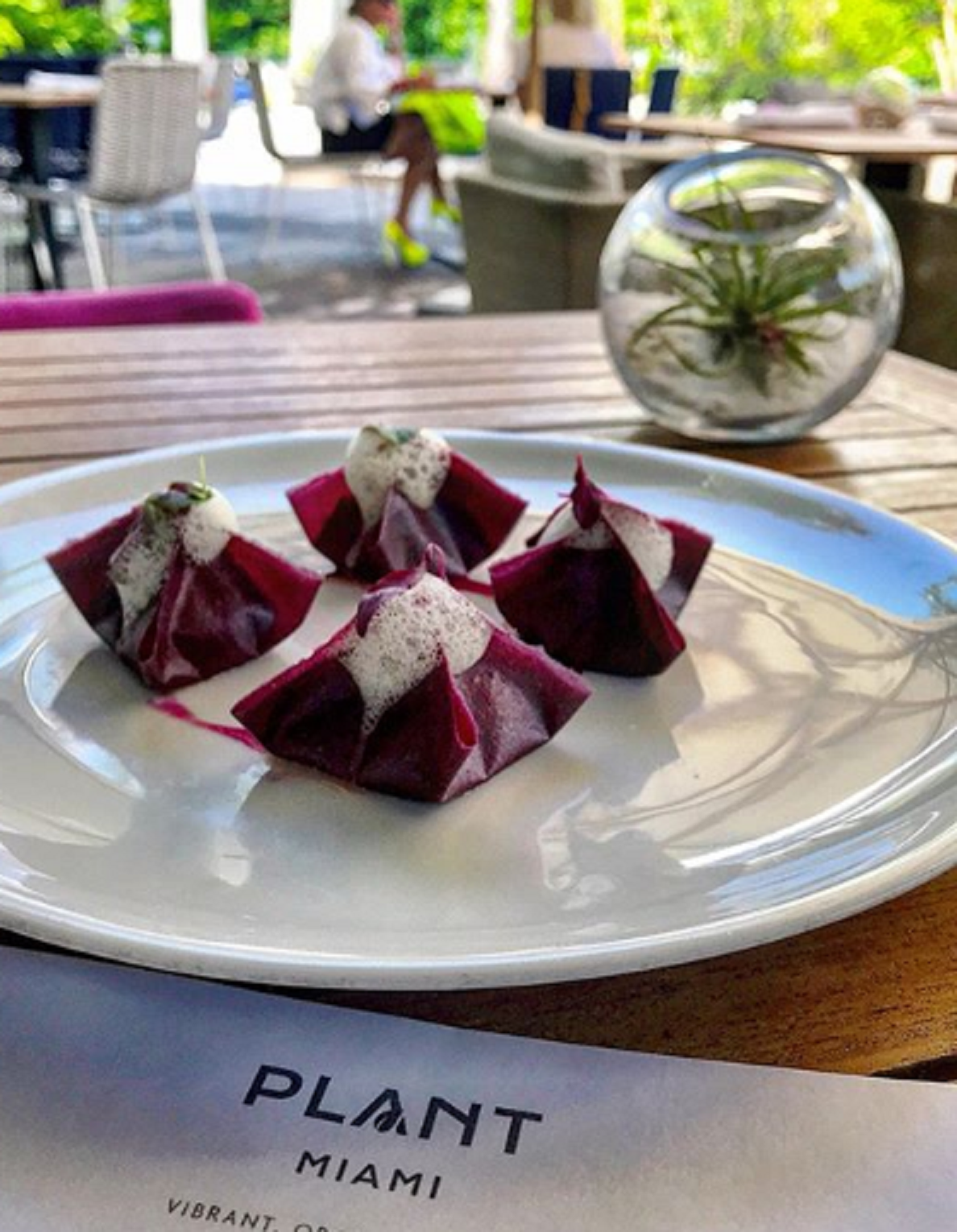